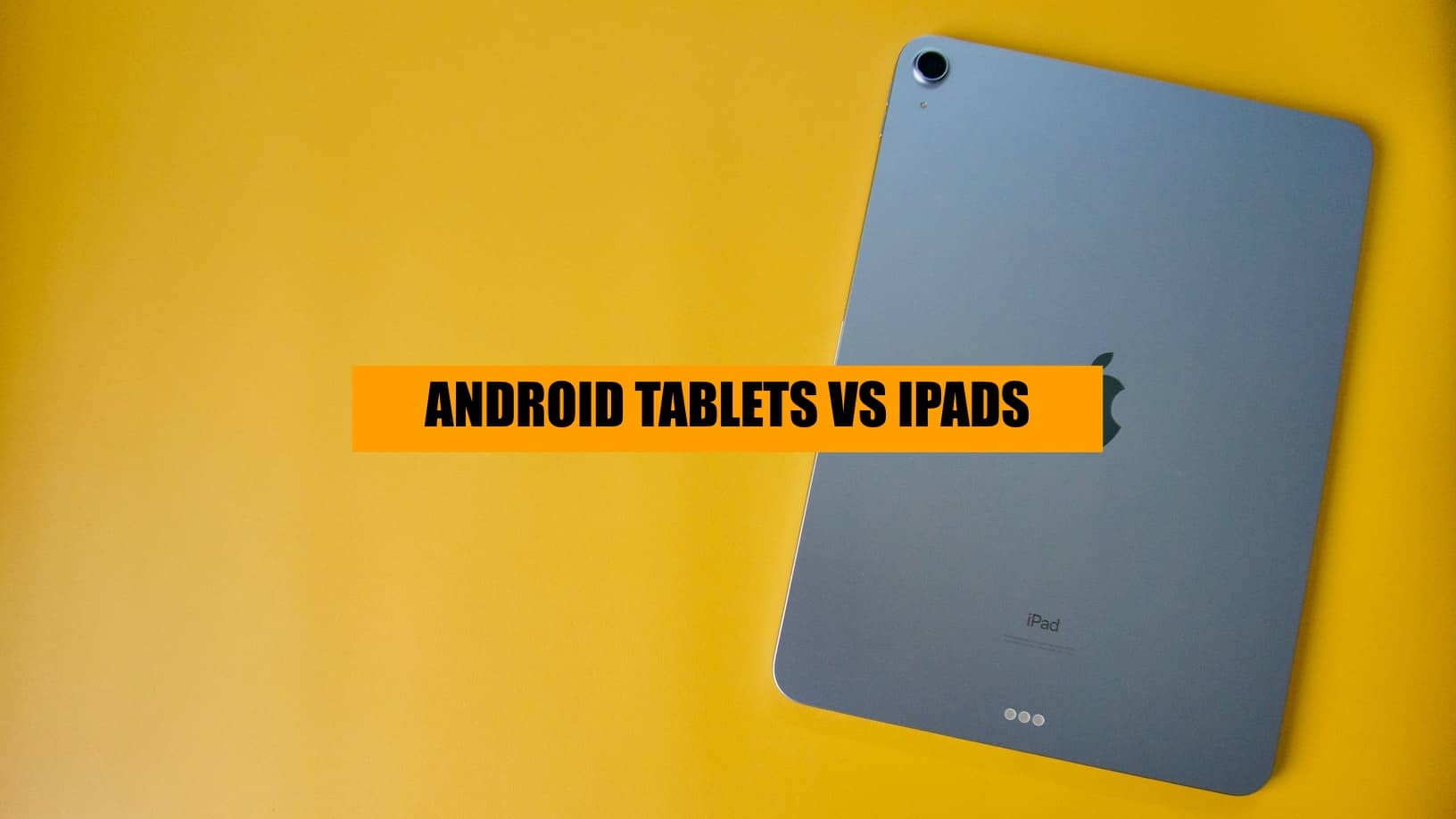 Android tablets and iPads have always remained at odds when it comes to capturing their consumer base. While inherently similar, both operating systems have some unique intrinsic differences that make a comparison that much more exciting.

Here are the key differences between an Android tablet vs an iPad:

In this article, we’re going to go over all the key differences that differentiate an Android tablet as compared to an iPad and what your purchase decision should be like.

Before we jump into the nitty-gritty, we’ve prepared a handy table that highlights the key differences between Android Tablets and iPads. With it, you’ll be easily able to skim through and make a purchase decision that suits your individual needs.

Android tablets offer a great deal of customization compared to iPads. For instance, you can change your entire launcher so that it matches a particular style. Besides that, you can customize and manipulate almost every instance of your tablet by installing custom firmware and modifications that allow you to truly customize your Android device to your liking.

On the other hand, iPads are fairly linear in nature and offer almost no customization. Even newer features such as iOS 16’s integration of a customizable lock screen still remain far behind what Android has to offer from a few years ago. So, while you can get your way with a little personality – Android still reigns supreme on the customization front.

The Apple App Store for the iPad contains a lot of powerful optimized applications compared to the scarce offerings on Android’s end. From Procreate to Affinity, having desktop-class applications on an iPad that you can download from the App Store just feels great.

While yes, Google has made strides to include some of the Adobe Suite, they simply fall behind in comparison to the raw power and application support that iPad has even with in-house applications like iMovie. Plus, besides Instagram, almost every application has been specifically tailored for the iPad.

What does that mean? Well, the iPad version of applications like Twitter actually take advantage of the screen real estate and present more information or are more like their desktop brethren in terms of usage and functionality.

iPads are considered to be much more secure compared to Android tablets. This is because Apple maintains a strict check on all the applications that are present on the Apple Store and is approved alongside ensuring that none take any extra permissions that they aren’t intended to do.

Even if they do – somehow, slip through the cracks; iPadOS immediately notifies you with visible indicators as to whether an application is using your microphone / camera or is intercepting your location. Plus, with Do Not Track recently added to iOS, even advertisers can’t track you without your permission.

Besides that, features like iCloud Relay and Hide My Email add an extra layer of security that Android just doesn’t offer at this particular stage. Moreover, the Google Play Store is riddled with malicious applications that seem to have seeped through Google’s QC and are especially dangerous if your tablet is in the hands of a child.

In essence, if its security is what you are after, there is no replacement for an iPad due to Apple’s strict adherence to maintaining their user’s privacy and security.

iPads tend to perform much better and for longer compared to Android tablets. This is because of Apple’s tightly-knit vertical integration which leads to them creating software updates for only a few models each year. With this, they can customize and optimize each iteration of an update to best fit every model in their lineup for as long as they can.

The result? An iPad lasts 2-3 years longer on average compared to an Android tablet and also performs much better than an equally priced counterpart right from the get-go. On the other hand, there’s tons of variation between an Android tablet even at the same price point and specifications due to varying skins of Android being used among other factors.

The gap has only widened with the introduction of desktop-class Apple Silicon for the iPad Pro. Starting with the M1, the iPad now has the capability of running extremely powerful applications such as Photoshop without a hitch. Couple that with their stellar support and you are looking at a device that can easily get you through a few years with no complaints.

On Android’s end, while support for older models has steadily improved, it still is in no way comparable to an iPad. So, whether it be performance or longevity, you’ll be stumped on finding a device better than an iPad.

Android tablets have a much larger variety in price and are generally cheaper compared to iPads. Don’t get us wrong, expensive Android tablets like the latest offerings from Samsung do exist(Samsung Galaxy S8 Ultra). However, if you want a simple media consumption device, Android tablets are the way to go.

Plus, even for business applications, mass-ordering a bunch of cheap Android tablets tend to be a much more financially viable option compared to ordering iPads in larger quantities. So, if you are on a tight budget, Android tablets make a whole lot more sense.

Apple iPads do not have a lot of variation in screen sizes or design. You start off with the 8.3-inch iPad Mini and go all the way up to the 12.9-inch iPad Pro with a few variations in between. However, if you were looking for a device smaller or larger; well, you are out of luck.

On the other hand, Android tablets remain the king of variety in that regard. For instance, Samsung’s behemoth Galaxy View comes in at 18.4 inches while the Fire 7, at 7 inches, is only slightly larger than a modern mobile phone.

So – if you wanted to opt for a specific design, material, or screen size, Android tablets have got you covered. On the other hand, Apple locks you into the ecosystem and its design language. And, you won’t be getting out of it until Apple decides it’s the right time to do so.

Games on the iPad are much more optimized compared to any Android tablet. So, even if you were purchasing a top-of-the-line tablet from Android, you still wouldn’t get the same performance out of it. This is because of two reasons. Firstly, as we mentioned earlier; iPads simply have better internals which allows them to have better performance.

But – more importantly, optimization comes into play. Think about it, it is much easier for a developer to optimize a game or an application for a few models as compared to trying and get it up and running on every Android tablet out there.

So, ultimately; even older iPads are able to play the latest games for much longer simply because they had superior hardware once they were released and developers had enough time and interest to keep supporting them for longer.