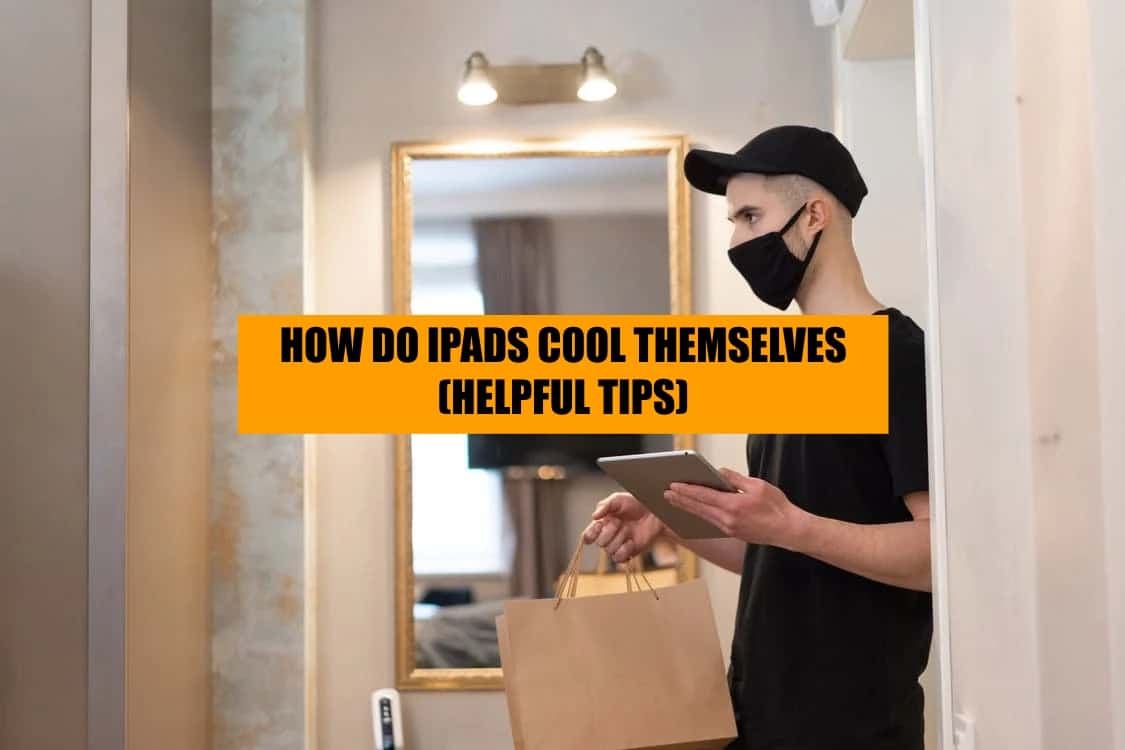 Contents hide
How Does My iPad Remain Cool?
Why Is My iPad Heating Up?
How To Fix Overheating iPad
Do I Need A New iPad When It Overheats?
Conclusion

iPads have certainly grown in processing power over the years. With the latest generation of iPads now being packed with desktop-grade Apple Silicon, one starts to wonder, how do iPads cool themselves in the first place?

iPads have no vents to cool themselves. Instead, Apple designs the internal components in such a way that they consume a minimal amount of electricity which leads to a low amount of heat being produced in the first place.

However, that doesn’t alter the fact that many iPads tend to overheat over time and even need to be cooled down. Therefore, here’s a detailed look at how iPads keep themselves cool, how you can prevent them from overheating, and what the telltale signs of damage are.

How Does My iPad Remain Cool?

Your iPad remains cool in general because its CPU does not consume a lot of electricity which means it doesn’t generate a lot of heat in the first place. To further drive this point home, let’s quickly contrast the most powerful iPad currently released, the iPad Pro M1, and a powerful desktop-class CPU, an Intel i7-12700K

As we can see, there’s a significant difference between the power consumption of an M1 chip compared to a 12700K. This is the primary reason why you’d end up frying your CPU if you didn’t focus on cooling it with an Intel-based chip.

However, the M1 chip doesn’t produce enough heat for it to require active cooling. In fact, it can be passively cooled with no issues whatsoever. Just for comparison’s sake, we’ve also included the A15 Bionic, used to power the iPad Mini (6th Generation).

And, what do you know? Older Apple Silicon actually ends up consuming an even lower amount of electricity which is a further indication that under normal circumstances, an iPad really does not need to be actively cooled.

Does An iPad Have A Cooling System?

No iPad model has a cooling system installed. There is no fan, motor, or liquid-based cooling system that leads to your tablet’s heat being actively dissipated. The iPad follows a passive cooling model. This is because the iPad does not produce enough heat in the first place for Apple to warrant thickening the entire iPad’s chassis to implement an active cooling system.

In fact, the Apple Macbook Air M1, which has the same processor as the iPad Pro M1, also does not have a fan since the CPU simply does not produce enough heat in the first place for it to require cooling.

Why Is My iPad Heating Up?

An iPad is an electronic device that is subject to wear and tear after extended periods of use. Depending on how you navigate your device and what you do on it, there is a chance that your device may heat up from time to time.

As we’ve mentioned earlier, an iPad that’s running without any issues should not require any sort of cooling and will not overheat either. With that said, here’s a quick look at some of the reasons why your iPad may just be overheating.

You Have A Case On

Most iPad cases are bulky and aren’t designed to consider the iPad’s thermal dissipation. While yes, the iPad doesn’t produce a lot of heat, it still needs to dissipate some of it. And, a bulky case prevents it from doing so.

Once that happens, while you won’t notice the heat emanating from the iPad, if you feel like your case is warm to the touch, chances are that your iPad is sweltering hot underneath. Therefore, quickly change your case or remove it entirely to avoid further damage.

Lithium-ion batteries have a tendency to overheat once they are damaged / reaching the end of their life. This can be alarming since they tend to explode if significantly hot. Thankfully though, the iPad underclocks itself and maintains your battery at a particular temperature to ensure that doesn’t happen.

If you do end up with random shutdowns when you are charging your iPad or on occasions when it is being heavily used, then chances are that your battery has given up, and your iPad is now underclocking itself to ensure the battery doesn’t heat up any further.

We find this to be particularly annoying because the iPad does not have the infamous Battery Health feature. So, you can’t really identify whether your battery is going to give up until its too late.

If you place your iPad in the middle of the desert and expect it to remain cool, that probably won’t happen. Jokes aside, a high ambient temperature is a very obvious reason why your device is overheating. After all, if you are sweating, doesn’t your iPad deserve a break too?

Generally, electronic devices like iPads and iPhones can operate at far more extreme temperatures than humans. But, the batteries still are sensitive to extreme bouts of temperature. Here’s a quick look at the temperatures wherein you can use your iPad / iPhone without them being damaged:

How To Fix Overheating iPad

Now that we’ve gone through the reasons why your iPad is overheating, some of these fixes are quite obvious. For instance, removing the case, changing the battery, and not using your device in extreme temperatures.

However, some revolve around software fixes that ensure your iPad does not take up so much CPU power in the first place for it to overheat. They are:

Do I Need A New iPad When It Overheats?

No, you do not need a new iPad when it starts to overheat. Yes, an iPad overheating may signify that it is due time for an upgrade. But, in some cases, it can also be because your ambient temperature is too high, you’ve been using your iPad very vigorously, or you simply have a case that’s not letting heat dissipate.

In any case, before you head onto the Apple Store for a shiny new purchase, ensure that your iPad isn’t being choked, that no exhausting applications are running on it constantly, and that your battery is operating properly.

The iPad remains the most popular consumer tablet to date. With tons of iPads in circulation, many tend to overheat. The iPad, however, does not have a cooling system since it doesn’t need it. But, if your iPad does overheat, chances are that it is either due to a faulty battery, a bad case, or overuse of some application.