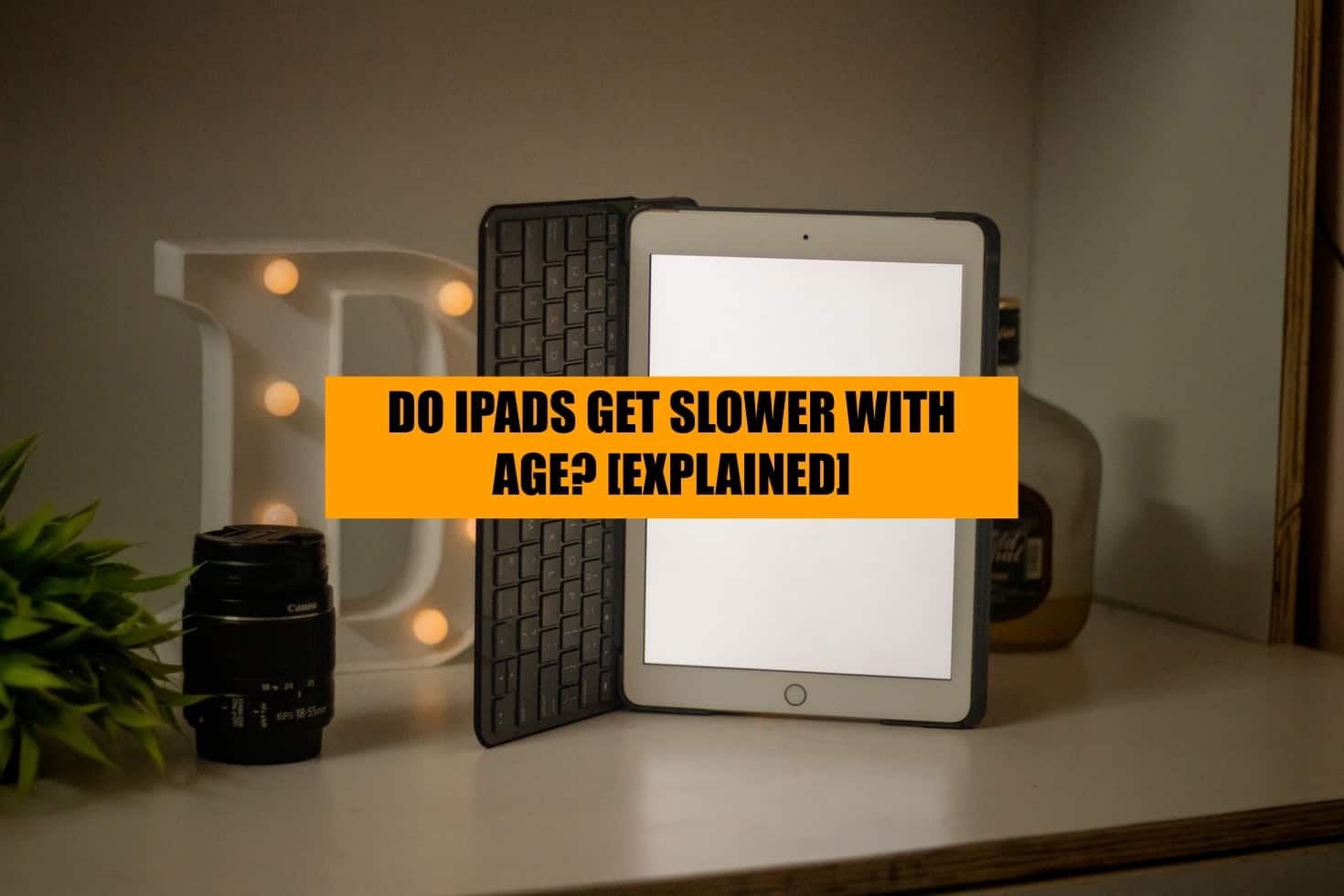 We’ve all been at the point when we start to realize that our iPad has gotten way slower than it was at the start. The apps get heavier and more demanding. iPad OS gets bigger. Our storage gets lower, etc.

With so many updates, do iPads slow down? Yes, iPads do get slower with age. This is due to the ever-increasing processing power needed by modern applications alongside your battery showing its age.

With that said, though, let’s dive into all the reasons why your iPad might slow down alongside finding ways to bring your iPad back to speed!

Why Does Your iPad Slow Down With Age?

As mentioned earlier, there’s no one reason why your iPad slows down with age. In fact, multiple factors ranging from its battery to its CPU, can lead to your device slowing down.

Apple’s known for supporting its devices for extended periods of time. However, while that’s quite exemplary of them, it does come with its own issues. For example, each iOS update occupies a greater amount of space than the previous.

Apple likes clinging to the idea of having great battery life on their devices. However, batteries degrade over time. So, you can’t expect to get the same level of battery life as you would on your iPad 4 years ago. Your battery will start to drain faster. That’s inevitable.

To compensate for that, Apple purposefully bottlenecks your device, so it consumes less battery. Therefore, while you do get a relatively better battery life, you end up losing a lot on the performance front.

Let’s face it. Hardware stagnates over time. And the iPad is no different on that front. What was once a very capable processor might not be able to handle day-to-day tasks that well. While, once again, Apple does a relatively better job, it still does have its limits.

So, if you are experiencing a slowdown that seems to be of an unprecedented scale, especially on newer applications, chances are that your iPad is simply too old to chug through the latest applications.

How To Fix Your Slow iPad

With the buzzkill that was all the reasons why your iPad slows down, there’s still hope! In fact, there are tons of tips and tricks that you can use on your iPad to help it get back to a reasonable speed.

Let’s start off with the basics. Your iPad has a temporary cache that is cleared on its own ever so often. Sometimes, that may not be the case. When your cache isn’t cleared, you might notice slowdowns on your device. A reboot immediately clears your cache. That’ll have a major effect on the overall performance of your device.

Close Apps From The Switcher

Closing applications from the multitasking bar/app switcher shouldn’t be a common trope. However, on older devices, you might end up feeling a lot of lag if you don’t close applications often. This is especially true if you are running applications that constantly pump out push notifications.

Free Up Some Space

Long gone are the days when a fragmented hard drive brought your entire PC to its knees. However, occupied storage in an iPad can still lead to massive slowdowns. So, we recommend deleting all the applications that you don’t use alongside shifting all your photos/videos to iCloud / Google Drive.

With the latest version of iOS, Apple has really put on some silky smooth buttery animations that help the device feel fresh. However, for older devices, these can be extremely laggy and choppy. In these instances, turning them off makes the most sense.

Here’s how you can do so:

With this setting enabled, a massive strain off your iPad’s GPU in terms of animations will be removed.

If you receive tons of notifications, chances are that a lot of applications are open in the background of your iPad. While that’s fine for newer devices, it can be quite debilitating for ones that are older.

While this will help speed up your device, do note that turning off background auto-refresh will also mean that you’ll need to manually open up applications and check whether you have a new notification or not.

If you’ve been running your iPad for a while now, chances are that it’s cluttered beyond repair. With tons of applications, photos, and useless files hogging up your storage and affecting your CPU and RAM, a reset might just be in order.

While it isn’t guaranteed to fix everything, it will bring a significant increase in your old iPad’s speed as everything will be reset back to factory default.

If worst comes to worst, a battery replacement might just be your last line of defense. Unlike iPhones, you cannot view your battery health on an iPad.

Replacing your battery is a relatively risky ordeal. In essence, you can’t really know if your battery is the reason your iPad is slowing down until you replace it. From what we’ve seen, if your iPad is older than 4-5 years – then a battery replacement is due. You can get a new charger(higher Voltage) for your iPad and skip the battery replacement, or you can update it to a newer model.

I personally recommend updating the iPad instead of battery replacement. Eventually, Apple won’t support your device anymore, you won’t be able to update apps, and they will become unusable.

Why Is My iPad So Slow All Of A Sudden?

If your iPad has gotten slow all of a sudden, chances are that you have run out of storage space or have installed a malicious application. In both cases, we recommend checking your storage for anything out of the ordinary and also closing all recent applications from the switcher.

Why Does My Old iPad Charge So Slow?

If your iPad has a faulty battery, chances are that it charges slowly too. Besides that, older iPads do not have features like fast charging built-in. So, there’s a high chance that the charging speed you are experiencing is normal in the first place.

How Do I Make My iPad Last Longer?

Every electronic device has a certain age. However, here are a few methods to help increase your iPad’s lifespan: