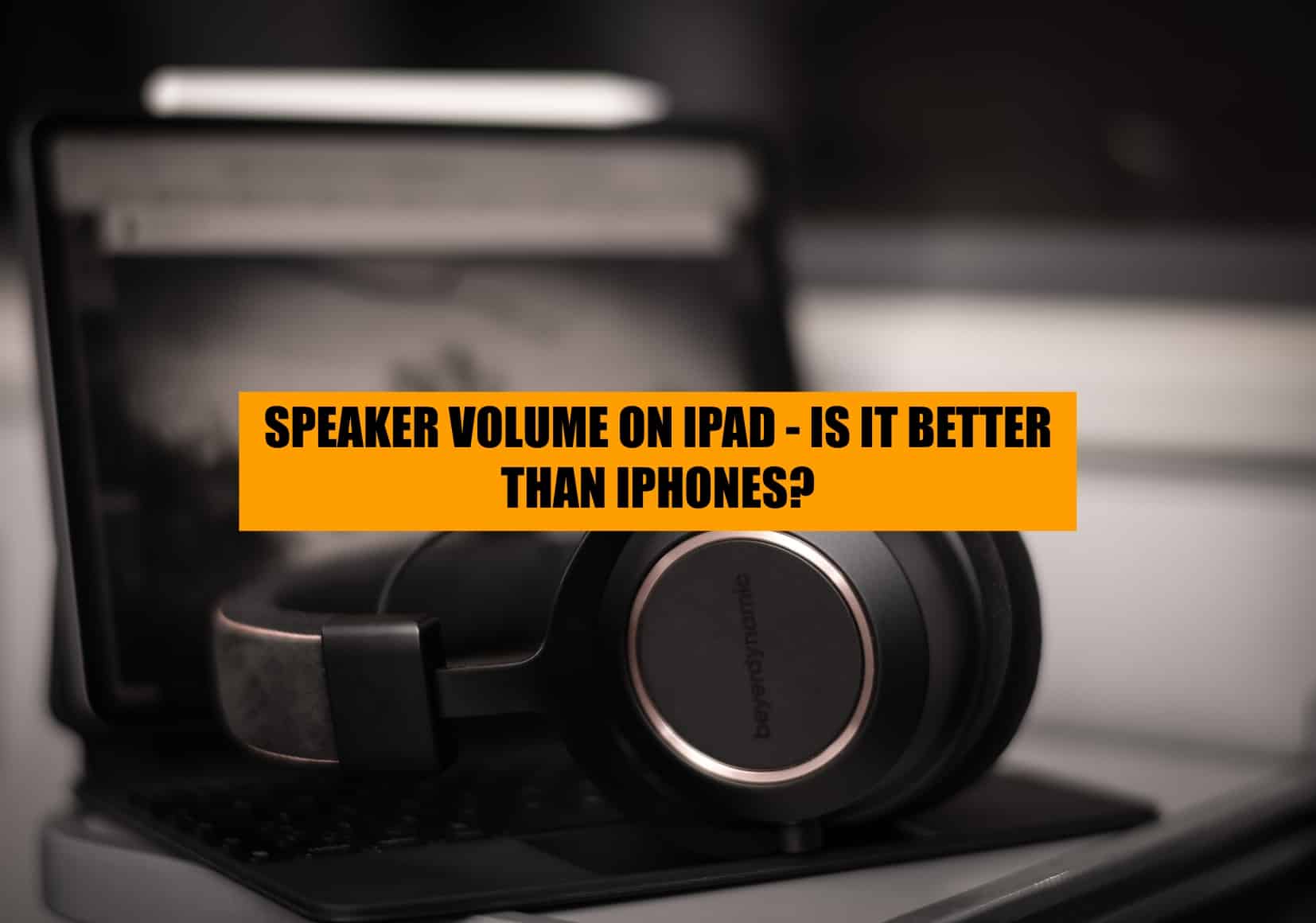 Apple has always produced amazing quality on their products, whether it be the iPhone or the iPad. Their speakers have always been the industry standard when it comes to clear, rich, and loud sound. This begs the question, is the speaker volume on iPad better than the iPhones?

Yes, the iPad is louder than the iPhone due to its larger size, the greater number of speakers, higher power delivery, equalization, and the inclusion of surround sound in later models.

In this article, we’re going to be treading through the exact reasons why your iPhone simply can’t up with the iPad in terms of volume. So, read on!

A Difference In Size

iPads are much larger than iPhones in size. This allows their speakers to produce sound at a greater amplitude thereby leading to louder sound. For reference’s sake, compare your phone’s speakers to ones found in a concert. You’ll immediately realize that there’s a massive difference in size.

While yes, phones have come a long way in terms of producing great audio quality and loudness in an eerily small package, they still can’t keep up with the laws of physics. Since the size of the speakers present on the iPad is generally larger, it will end up having a greater amplitude which will lead to louder sound.

The latest generation of iPhones has two speakers whereas the iPad has four speakers. So, besides just plain better surround sound, four speakers are able to produce much louder volumes as compared to the two present on the iPhone.

As we’ve mentioned already, besides the difference in size and chassis, the number of speakers that the iPad has also played a huge role. In essence, the iPhone is out of its league as it is competing with larger speakers and a greater quantity of them too.

The iPad is able to deliver greater power to its speakers due to its size as compared to the iPhone. While there is no direct concrete number from Apple, the iPhone’s speakers are reported to have a power consumption of about 2-3 Watts while the iPad seems to be coming in at about 5-6 Watts

So, yes, the iPad does consume more power per speaker. But, it also directly allows it to produce more amplitude which increases over loudness. Couple that with the aforementioned increase in speaker count and you are in for a much larger treat.

The iPhone’s speakers are tuned in such a way as to minimize distortion and improve clarity. However, the iPad is tuned to minimize loudness and bass as the larger speakers reduce the chances of distortion.

Since you are met with a larger chassis on the iPad, Apple has consciously tuned the tablet to take full advantage of its size by focusing on the low-ends. This is the reason why you’ll notice vibrations when playing a particular bass-heavy song on the iPad Pro.

On the other hand, if you were to bump up the bass on the iPhone or the volume, you’ll immediately notice a drop in clarity. To circumvent that, Apple tunes the iPhone’s speakers in such a way that loudness isn’t placed on emphasis as much as clarity is.

Some models in the iPad lineup like the Pro boast surround sound. This allows them to produce the impression of a fuller, richer sound. On the other hand, the iPhone does not support this feature due to its lack of 4-way speakers.

So, the illusion of louder, richer sound is quite strong with the iPad lineup. Even at lower volumes, I’ve felt that the iPad is louder and leads to a fuller and richer sounding experience.

If it wasn’t loudly heard already (pun intended), the iPad is louder than the iPhone on all accords. In fact, even older models of the iPad compared to newer iPhones seem to be significantly more clear. So, if you are in it for the loudness, the iPad is the obvious choice.