The Galaxy Tab A7 lite is a slick and relatively cheaper option than Tab A7.

The design of the Galaxy Tab A7 Lite is perfect for people who would want to carry their tab everywhere. It will even fit in your overcoats or small backpacks and even your purse! It really is pocket dynamite.

Samsung Galaxy Tab A7 – Where To Buy It? 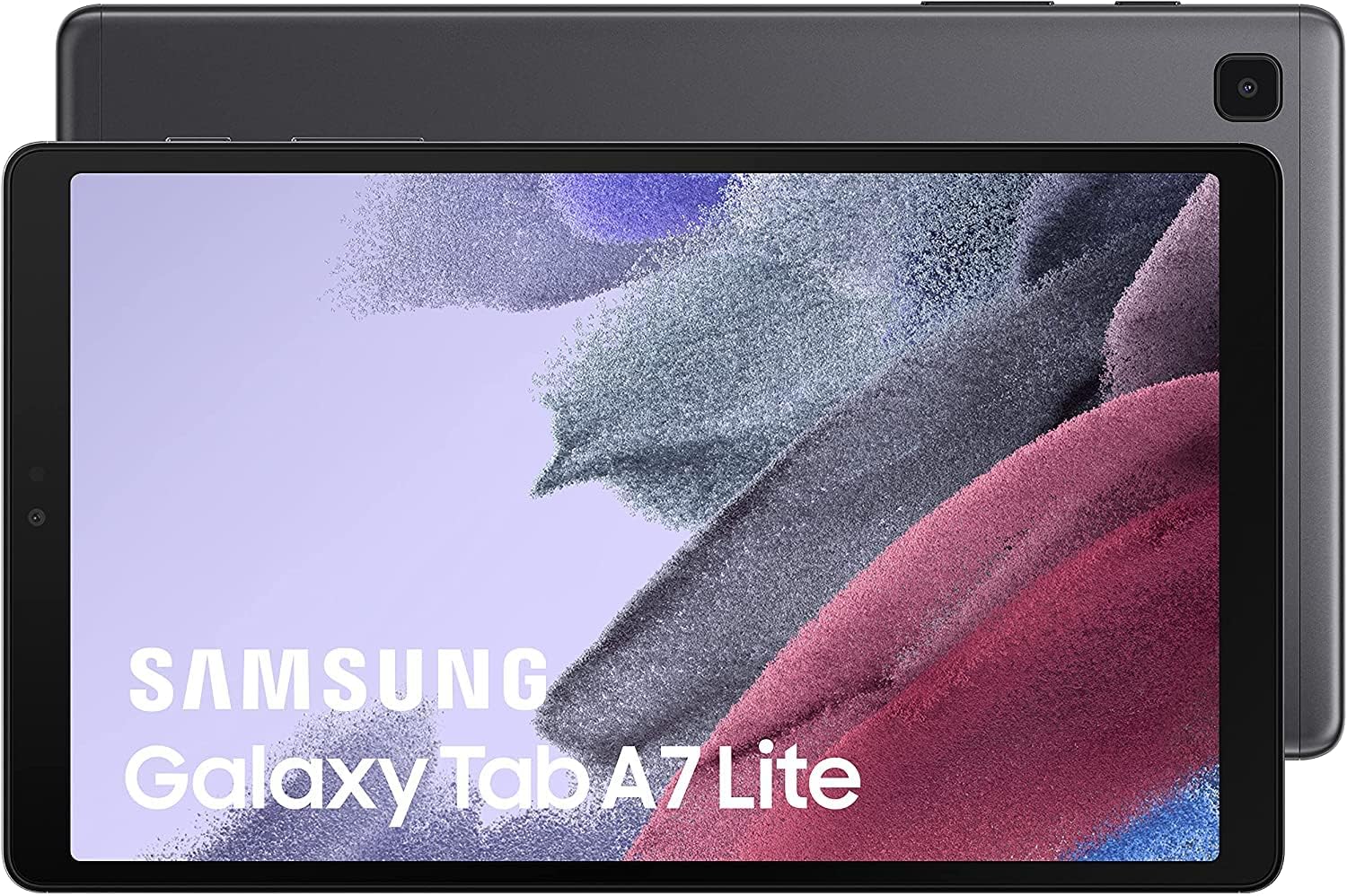 One thing of note that we will delve into later but needed to be pointed out is Samsung not budging on the storage space. Keeping it the same as its superior model and even the expandable memory up to 1TB. That is commendable consistency.

Let’s see how the Samsung Galaxy Tab A7 Lite performs and fares in various categories.

5.6
For Movies:7
For Notes-Taking:1
For Drawing:1
For Gaming:7
For Reading:9
For Photo-Editing:3
For Video-Calls:8
For Web-Surfing/Social-Media:9

The Samsung Galaxy Tab A7 Lite is super affordable, but that does not mean it doesn’t have its quirks. But still, the tab’s qualities outweigh its negatives. When you buy such affordable tablets, then you want all the basic things included in them, and for most of the part, it does not disappoint.

The A7 Lite does its day-to-day job with ease and is extremely fun to use. It is a highly recommended tablet if you are looking for a low-budget tab.

Who Is This Device For?

This pocket dynamite tablet is tailor-made for people who love to wander around and travel. The Samsung Galaxy Tab A7 Lite fits perfectly in a purse or in bags. It is extremely lightweight and easy to carry around.

If the tablet had been any smaller, then it would definitely be compared to the Kindle! The compact size and smooth display are great for readers. You can actually use it as an alternative to the Kindle. The tablet is easy to hold and, as previously said is lightweight so you won’t strain anything and can hold onto the tablet for hours.

The display and smooth pixels will definitely give you a good overall experience for reading purposes.

Well…The Samsung Galaxy Tab A7 Lite is literally perfect for kids. They can play games or watch their favorite cartoons on it for hours. You can make them attend online school classes without a hitch on it.

The tab is also affordable and on the lower side of the pricing so if by chance it gets damaged by the kids, you won’t take a big hit repairing or replacing it.

Features of the Samsung Galaxy Tab A7 Lite

The display isn’t mammoth, but it really works out for the things you would want to do on a mid to small-size tablet. The best part about the display is its screen-to-body ratio which maximizes the screen size and gives you almost the whole tablet’s size viewing pleasure.

The display may not be the best in the world but it really works day to day activities and as said previously for the kids mainly. The display is considerably smooth and effective.

Storage is a bit of a hot and cold area in the Samsung Galaxy Tab A7 Lite. While the 2 variants do provide 32GB and 64GB memory it still isn’t anywhere good enough as a storage space. There are phones nowadays that provide this sort of memory space as a basic specification. The saving grace though is the expandable memory up to 1TB.

If you are a heavy tab user and require multiple apps then you will definitely need every bit of that expandable memory. Chances are you might have to store some of your favorite photos and videos in external storage or cloud. App updates will also impact the limited storage capacity.

The Samsung Galaxy Tab A7 Lite which is powered by Android 11 and Octa-Core(4×2.3 GHz) does its day-to-day job easily. It has a strictly OK processor which won’t take the unnecessary burden. If the load is heavy then users may experience lag and the device may overheat a bit.

The transition between the apps is smooth when the app count is normal, but as you gradually start using more and more apps then it will appear to start lagging. It is advisable that one may use just one or two apps at a time for a better experience.

Saying that the performance while watching videos or reading is still commendable. As we said when you are doing a single task, the processor seems fine and smooth. The A7 Lite processor is not made for multitasking.

The design is simple, beautiful, and elegant. The Samsung Galaxy Tab A7 Lite looks slick and compact. All four corners are beautifully rounded off and the aluminum body is perfectly carved.

The tab comes in two colors namely gray and silver. As is the case with the Galaxy Tab A7, Samsung has equipped the device with a headphone jack.

Samsung also has dedicated accessories for the Galaxy Tab A7 Lite which you can buy separately from its store.

Samsung Galaxy Tab A7 Lite is equipped with 2 cameras. The main camera is 8MP with auto-focus and records video at 1080@30fps. The selfie camera is 2MP with a fixed focus.

The camera quality is pretty average and basic. You won’t buy this tablet for its camera anyway. The photo and video quality are strictly OK. But zoom calls or online classes can be initiated without a hitch. The fixed focus does its job and it actually does the basics as well as it should.

Following are the components provided by Samsung alongside the Galaxy Tab A7 Lite.

Let’s first take a look at the similarities between the two tabs. 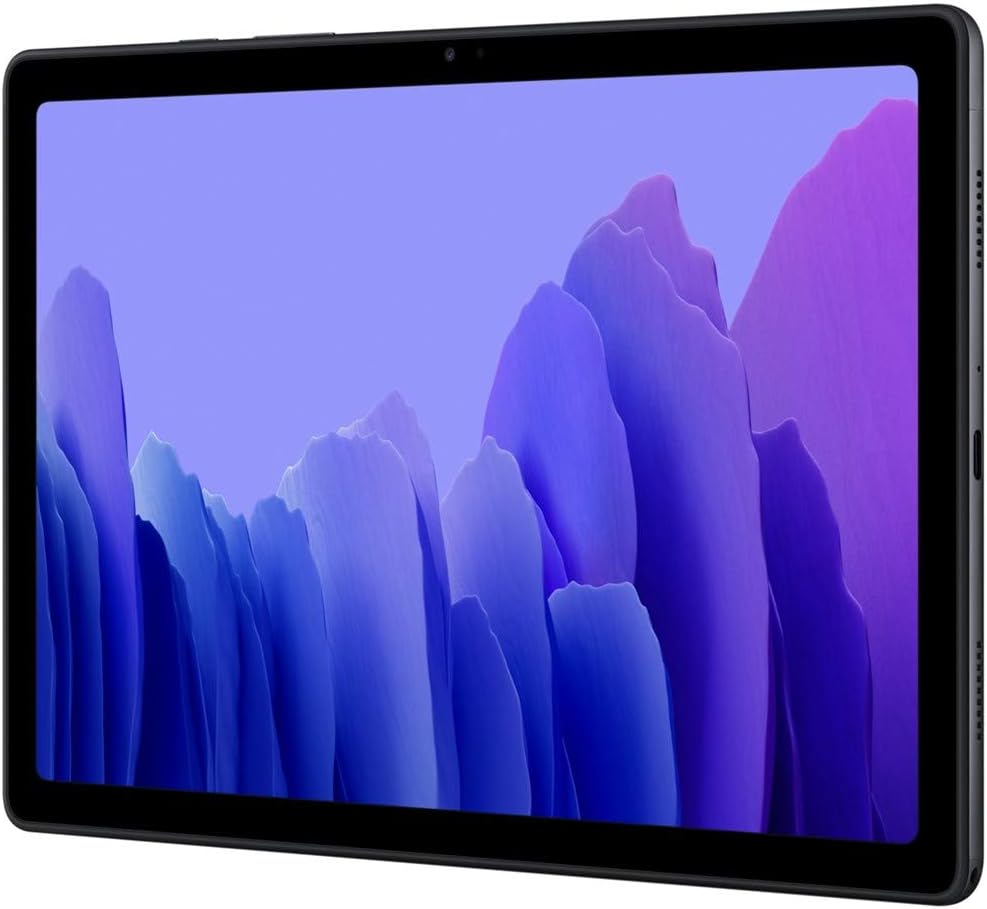 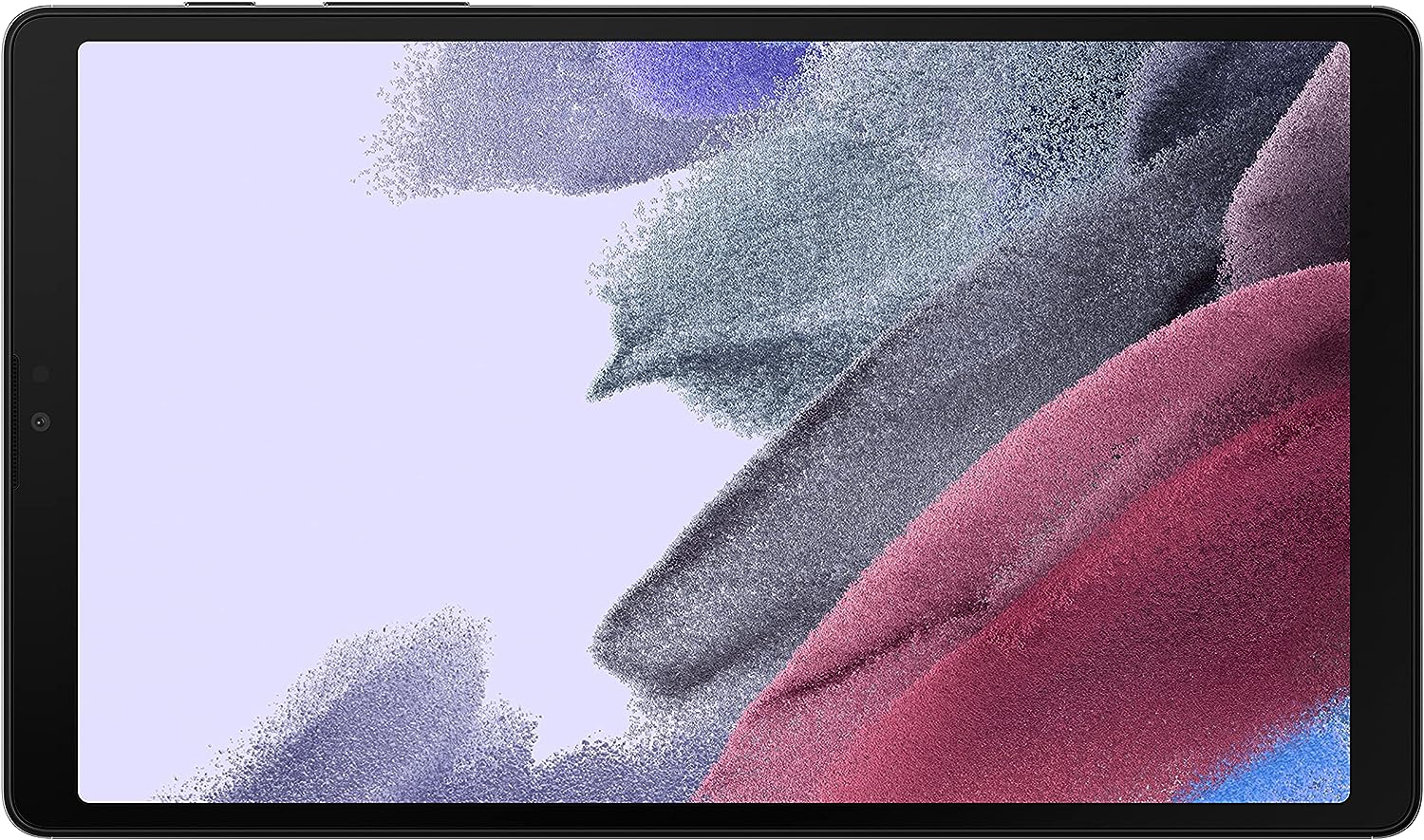 Is Samsung Galaxy Tab A7 Lite Worth It?

Look, as far as value for money goes, this is probably a good option. For around $100, you get so much in a stacked device. If this is your first tablet purchase, then you will definitely feel vindicated buying it.

It’s a problem that, just like A7 and even A8, A7 Lite doesn’t have Stylus support, which is a bummer. It takes out a lot of options for the device. People love to take hand-written notes. I’m sure you can get some cheap knockoff that would work with it, but it’s just not the same.

Samsung always delivers in any segment that you can think of. They have really stacked the Galaxy A7 Lite in every aspect as well. You are given as much as you can ask for in a low-range tablet.

But the tablet market is similar to the phone market. The devices get really old fast. I would also recommend checking on a newer version – Samsung Galaxy Tab A8 and if you have a bit bigger budget – Samsung Galaxy Tab S6 Lite (2022 model). I personally believe, and this is my subjective opinion – that S6 Lite currently is the best budget Android tablet out there.

Does Samsung Galaxy Tab A7 Lite have a SIM card slot?

Yes, the Samsung Galaxy Tab A7 Lite does have a SIM card slot, which is situated on the top left side of the tablet. You get an ejection pin along with the tablet to help you with the SIM insertion process. (Only available for LTE model)

Unfortunately, the Samsung Galaxy Tab A7 Lite does not support 5G. You can only go as far as 4G with the SIM card.