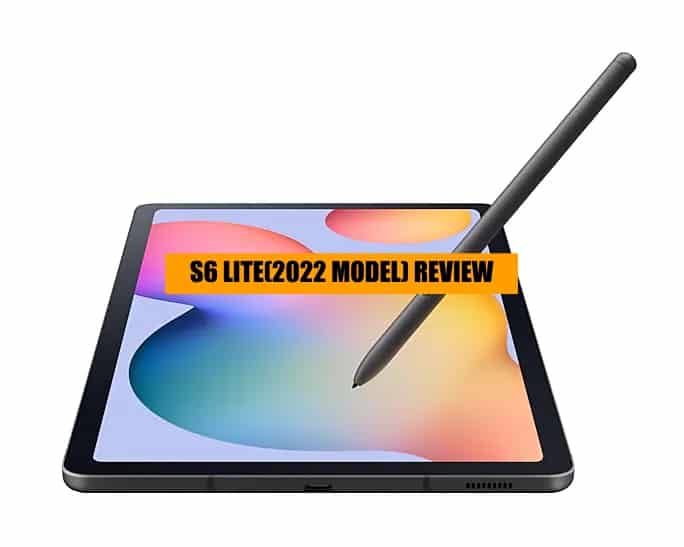 We have been reviewing tablets for a while now. Samsung Tablets, Apple Tablets, Lenovo Tablets, Microsoft Tablets, etc. But this is the first time we know a brand took an old tablet and updated it, and released it as new. Weird and exciting. With that said, we’ve had the chance to play with this tablet a bit, and here’s our review of the product. 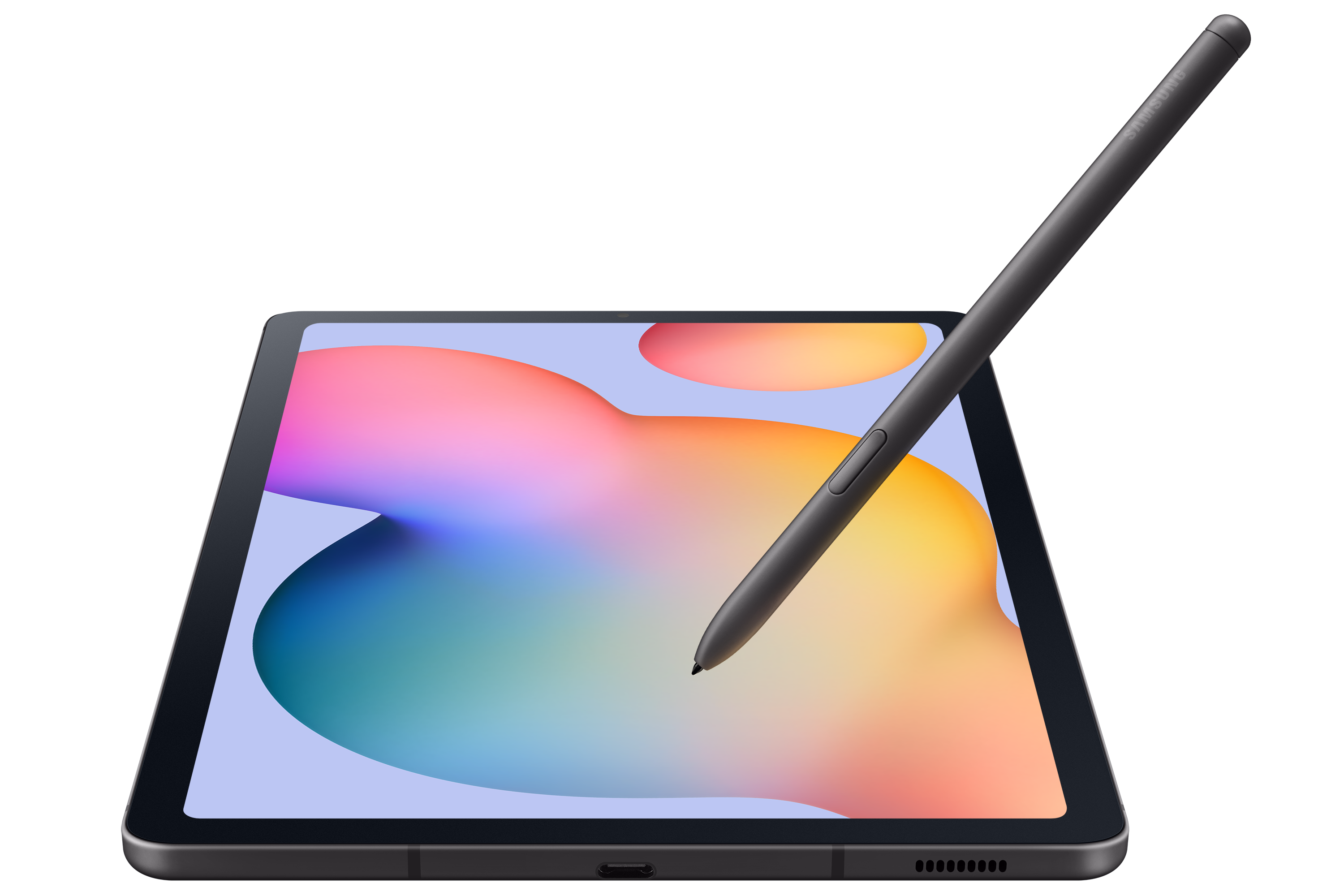 7.5
For Movies8
For Note-Taking8
For Drawing5
For Gaming8
For Reading9
For Photo-Editing5
For Video Calls8
For Web-Surfing/Social Media9

The Tab S6 Lite is packed with tons of features. Here’s a quick look at some of them:

The Galaxy Tab S6 Lite has an LCD display with a 2K display. So, I’m used to AMOLED displays, and while the brightness and clarity were adequate – the color reproduction wasn’t all that great.

But, let’s face it; this is a budget tablet. And, the display is not their prime focus. Just like the iPad at this price point, we are met with an adequate screen that just gets the job done.

The base version of the iPad supports the Apple Pencil. Woohoo! But, suddenly, you are met with the decision of forking up $99 for a first-gen Pencil. Samsung takes the upper hand on Apple here. The S6 Lite (2022) comes with an S-Pen built in.

So, this generation of the S-Pen is actually quite useful. It has a relatively flatter edge than the previous generation, which allows for a much better grip. I wouldn’t recommend this to an artist – simply because Procreate on the iPad coupled with the Apple Pencil’s overall responsiveness is better.

But, for someone who just wants to take some notes, the S-Pen is more than adequate. In fact, I actually enjoyed the smaller form factor in my meetings and was able to seamlessly transfer my notes to Google Drive and other cloud-based platforms with ease.

The Tab S6 Lite is equipped with Snapdragon’s mighty Snapdragon 720G. While a capable chip, you’d be surprised to know that it doesn’t even nudge ahead of Apple’s A13 Fusion, found in the base version of the iPad.

Let’s talk stutters because, sadly, there were some. When playing through video on 1080p, you might run into some hiccups, especially if you fling through tons of applications at once. When using split-view, you’ll also run into some lag. However, that depends on the number of windows (and their nature).

Let’s talk gaming. I’m not going to be boring you with redundant GeekBench scores. Instead, from what I’ve seen playing PUBG and Genshin Impact – more graphically intensive games; you will notice a lot of stuttering with the device losing frames as you go keep playing.

However, on lower graphics settings, we could enjoy a much more playable experience. So, yes, this is not a gaming tablet by any sense of the imagination. But, you can still play a casual game now and then.

The S6 Lite comes equipped with an 8 MP rear-facing camera and a 5 MP front-facing camera. You can record 1080p video with both. For video conferencing, the front-facing camera was adequate. It didn’t really fare well in poor lighting conditions, but in our studio (which has excellent lighting), we didn’t run into many issues.

For the avid photographer hidden inside you, stay away. Tablets are definitely not the best option to take pictures with, and the S6 Lite is no exception. The pictures appear grainy in most situations, and the included 10x digital zoom feels gimmicky at best.

The microphone was also fine. Once again, we aren’t going to hound the tablet over these transgressions because, well – they get the job done, and at this price point, that’s what matters.

The S6 Lite lasts through an entire day of casual use with no issues whatsoever. Throughout my entire usage of the device, battery life was definitely a concern I didn’t really have. Laughingly so, the S6 Lite also has 15 Watt fast charging.

I’m not really sure of how this constitutes as fast by modern standards, since the tablet still takes a few hours to charge – it still comes with a charger and cable out of the box. So, I can’t complain much.

Overall, I was satisfied with the battery life the S6 Lite provided, and it came in neck-and-neck with all of the other devices, such as the iPad, at this particular price bracket. So, the 7040 mAh battery definitely lives up to its claims of being able to provide all-day battery life.

Who Is Samsung Galaxy Tab S6 Lite For?

The Samsung Galaxy Tab S6 Lite is for the casual user. Someone who doesn’t demand much of their tablet but still wants it to nail the basics. The tablet is an excellent choice for a child or someone who wants a media-consumption device without shelling out top-dollar prices.

I’ve personally been using this tablet and can recommend it to anyone who just wants to watch a movie at the end of the day tucked up in their bed. Or, for a child who’s going to be playing some games, getting their homework done. This point is cemented by the fact that Samsung also features excellent parental controls.

One niche use case, which I’d like to highlight here, is that the addition of an S-Pen right in the box allows you to take quick notes and even blow out your artistic side. So, this turns out to be an excellent tablet for secretaries or for individuals who want to jot something down digitally at an inexpensive price.

There are no physical differences between the original 2020 version of the S6 Lite compared to the 2022 version. There are only two particular differences that we’ve highlighted down below:

Now, the S6 Lite (2020) is an excellent device for someone who wants a casual tablet for media consumption since it is priced lower. For everyone else, we recommend opting for the S6 Lite (2022) since the better SoC really helps bring new light to the tablet allowing it to be more future-proof.

The S7 FE is a stellar tablet. But, I feel like for most – the Galaxy Tab S6 Lite is an excellent device given that it caters to most use cases and is at a form factor where it still maintains portability. But, if you want a tablet that packs in a bit more of a punch, the S7 FE definitely isn’t a bad choice.

Other Aspects Of The Lenovo Samsung Galaxy Tab S6 Lite

If you aren’t into iPads, Chrome OS or Windows Tablets and want to remain in the realm of Android, the S6 Lite(2022) is a stellar pick. The included S Pen, with the overall stable performance and great battery life of the device, led this device to become a direct competitor with the base model of the iPad. Honestly, I think Samsung creates better budget tablets than Apple. The performance is arguable, but the fact that they include Stylus right into the price is really a big deal.

Throughout my brief tenure with this device in the office, I was pleasantly surprised by the performance and display. So, for all intents and purposes – I highly recommend using the Tab S6 Lite if you are in the market for a budget tablet.