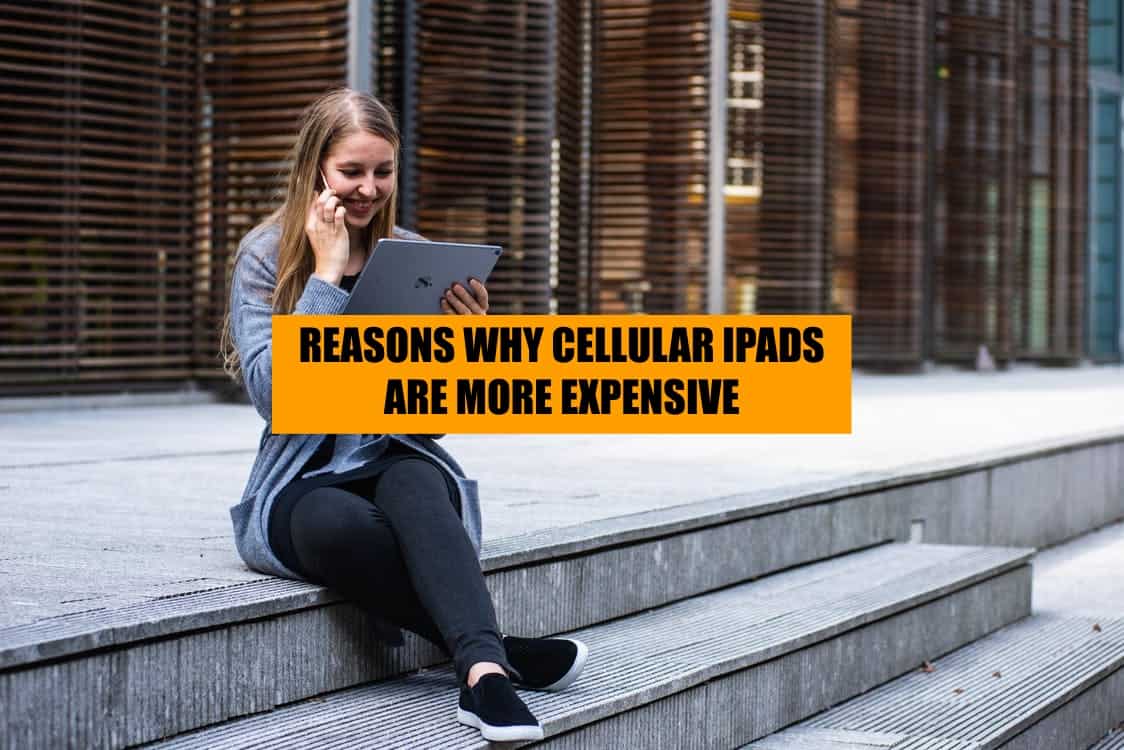 Picture this – you head to the Apple Store, excited to pick up a brand new iPad only for you to be met with a plethora of options. One such decision, which might seem the most arduous is choosing between a WiFi only or a cellular + WiFi model. This begs the question, why are cellular iPads more expensive? Should you get iPad with Cellular?

Cellular iPads are more expensive because they require an extra LTE chip, RF antennae, and modules. Essentially, a cellular model squeezes an entire phone’s circuitry into the tablet which drives up its cost.

In this article, we’re going to dive into the technology used to create a “cellular” model of an iPad and whether the cost markup is actually justifiable.

How Much More Does A Cellular iPad Cost?

The cost of a cellular iPad versus a WiFI one is inherently indicative of the model. While yes, a difference always remains – the exact number is dependent on what you’ve actually purchased.

As shown above, according to the model of the iPad you are willing to purchase, you are looking at a markup of about $130-200 just for the ability to get a cellular data plan on your iPad. So, no matter what model you ended up picking up, you’ll have to shell out at least $130 for LTE.

Cellular iPads – Why Are They Expensive?

Cellular iPads are expensive because an extra chip needs to be fitted inside them alongside antennae and radio frequency modules. In essence, it demands more R&D with harder assembly as well.

Plus, both the iPad WiFi and cellular models have the same battery capacity. While yes, there will be a difference in battery life between using LTE and just WiFi, the capacity remains the same. So, the extra cost is also spent on trying to fit the same-sized battery in a relatively smaller chassis.

From what we’ve seen, here are the differences between a WiFi-enabled versus a cellular + WiFi-enabled tablet:

Is A Cellular iPad Worth It?

In essence, the cost itself is not exactly justified. Personally speaking, we don’t feel like a $100+ markup makes sense for just a few bits of extra circuitry and an LTE chip. Plus, if you do have a mobile phone, there’s no need for an LTE-enabled tablet.

Before you even start consuming your first kilobyte, you’ll need to spend $130-200 on going for a cellular tablet. Next, you’ll need to opt for a separate data plan for your tablet as you’ll need to insert a SIM card slot inside it too. So, ultimately, you’ll end up spending much more than the initial $130-200 in the span of a few short months.