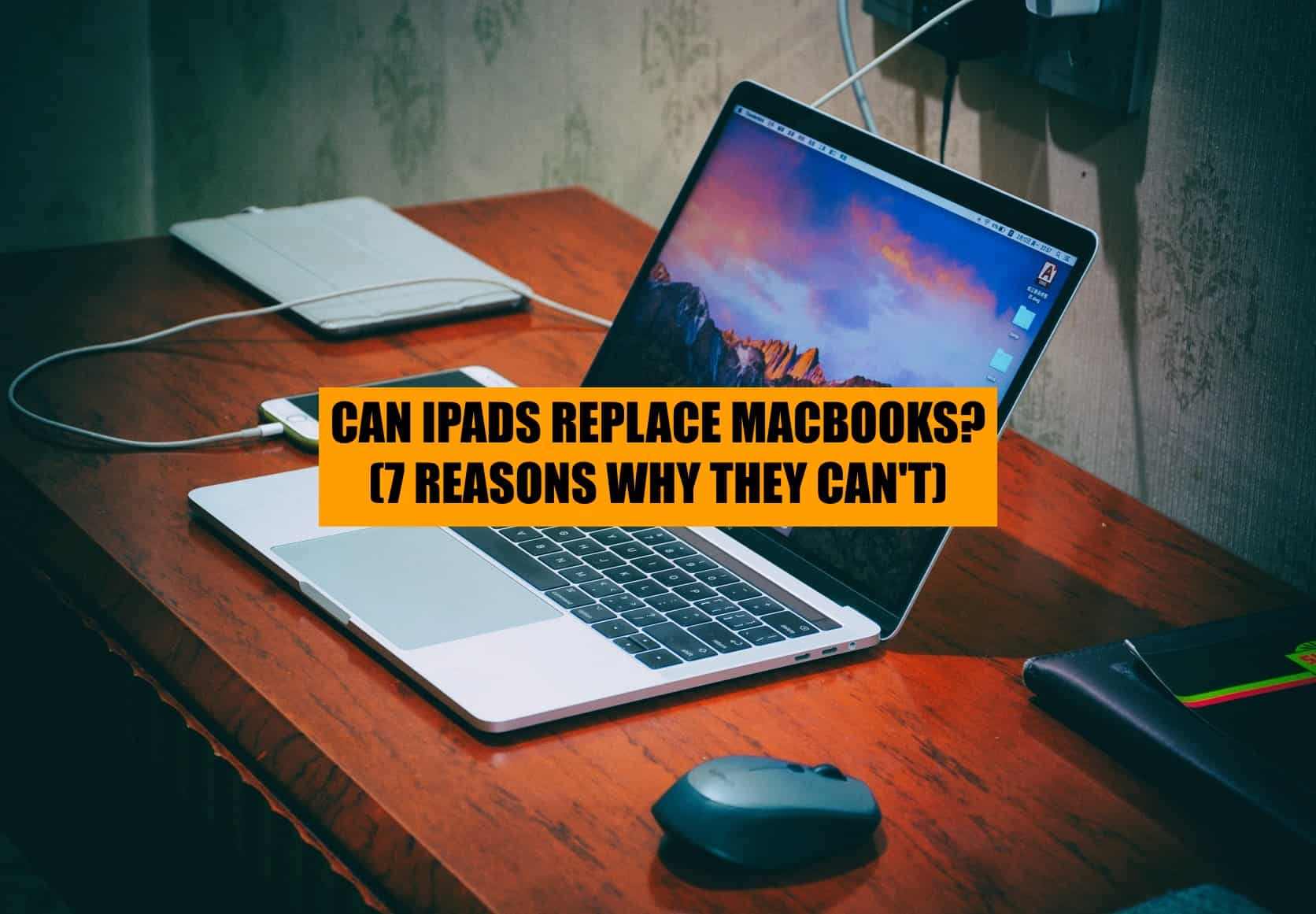 With the inclusion of a desktop-class M1 chip in the iPad, many have speculated that Apple aims to thin the line between the iPad and Macbook now more than ever. This begs the question, will the iPad replace Macbooks? And if not, why?

Here are the reasons why an iPad will not replace a Macbook:

In this article, we’re going to go over why exactly the iPad won’t replace Macbooks anytime soon. So, stay tuned!

One of the fundamental reasons why Apple isn’t going to be treating the iPad as a desktop / laptop is simply because they already have an entire ecosystem devoted to desktop use, macOS.

Think about it this way, the iPad absolutely dominates the current consumer market space when it comes to tablets and has a commanding market share lead over any of its competitors. In essence, the iPad is doing great for what it was meant to be – a tablet.

On the other hand, Apple’s push into creating its own silicon has also led its own desktop-class chips like the M1 Pro and M1 Max to push out stellar performance at a very low TDP. In essence, business is booming for both of these sectors.

When that’s happening, why would Apple jeopardize the future of its macOS lineup by introducing features that would allow the iPad to gain more of its functionality? While yes, chips like the M1 are now present in some iPads, they do not have nearly as much functionality and flexibility as the chips have in Macbooks.

So, you aren’t likely going to see a major transition for the iPad in terms of design language or philosophy until Apple decides to completely shut down their Macbooks; which is unlikely to happen anytime soon.

iPadOS is designed to be user-friendly and intuitive. It is meant to be used by children, adults, and professionals. This is a huge demographic. And, when one caters to such a wide variety of users, changes and sacrifices need to be made.

Generally, Apple does value form over function and that seems to be the case with iPadOS too. There still isn’t support for true multitasking, most peripherals cannot be connected, the file explorer is dainty and, there are a lot of bottlenecks that iPadOS itself has.

For instance, Chrome extensions are still not supported on the operating system alongside a few other unusual quirks like not being able to properly customize your home screen and connect multiple monitors to extend your screen.

If you’d make the argument that Apple limits iPadOS on purpose, we’d honestly agree. But, it is what it is and currently, there seem to be no plans for iPadOS to even match the functionality of a Macbook in any way possible.

Granted that there are applications like Procreate and the addition of an Apple Pencil that provide the iPad with its own charm and utility, it certainly doesn’t add to the overall utility relative to a Macbook.

Most Desktop Applications Aren’t Available On The iPad

You cannot run a desktop application on the iPad. Yes, versions of powerful applications like Photoshop do exist. But, while they do have quite a lot of intricate features, they certainly do not match up to their desktop versions.

For instance, most of what Photoshop is known for in terms of AI-based shape selection, and image transformation is simply not available on the iPad. And, most other applications that you’d use daily for productivity are just not supported on the iPad.

So, your productivity suite, whether you are a DJ or a video creator will more likely be better off on a Macbook than an iPad. While yes, the iPad does serve some niche use cases better, as an artist, for instance, even they’d have to resort to a laptop to do some final touches.

As of yet, while developer support is steadily increasing; most desktop applications will never be ported to Windows. This is either because not a lot of users on the iPad will take advantage of the application, or the iPad’s own software limitations do not allow the application to operate properly.

Whatever the case may be, you can’t expect an iPad to compete with a Macbook at least in terms of productivity when it isn’t even able to utilize all the applications that its desktop counterpart is able to.

The Lack Of A Keyboard And Mouse 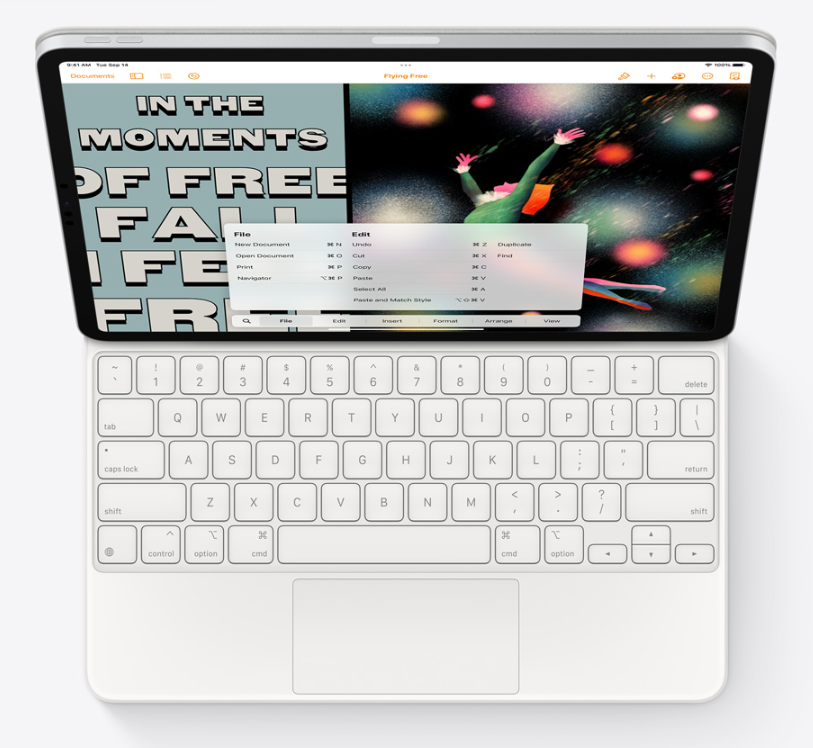 iPadOS still does not have proper mouse and keyboard support. Don’t get us wrong, you can connect a mouse and keyboard to your iPad. However, there are no shortcuts or right-clicks, and the entire experience seems half-baked at best if we compare it to Mac.

While yes, you can achieve a lot through just using touch, there’s a lot of improvement in speed and productivity from being able to use a mouse and keyboard that you’ll be missing out on if you can’t use these particular peripherals.

Even the inclusion of accessories like the Magic Keyboard, mouse, and keyboard support still remains a pipe dream. Suffice to say, it is clear that Apple isn’t very focused on providing users with a desktop-like experience in that regard.

Mobile applications present on the iPad are standalone. Generally, there aren’t a lot of possibilities when it comes to being able to transfer files quickly from an iPad to a desktop. Unlike macOS where you can drag and drop applications, that simply isn’t possible on the iPad.

So, you end up with applications that operate as standalone entities. And, you’ll have to figure out some janky way to be able to get what you want out of the system. In essence, due to restrictions placed by Apple, you won’t be able to take complete advantage of the hardware the iPad provides and will therefore be stuck especially in applications meant for productivity.

Customization is the key to a good desktop experience. macOS allows you to customize every nook and cranny of your system and lets you access the terminal, unlock the kernel, and boot into recovery whenever you need to.

On the other hand, the iPad is fairly limited in this regard. What you see is what you get and there’s almost no tangent for actual customization. By this, we mean that you can’t change where your time and date show up, the lock screen is fairly static; there’s hardly any room for customization.

So, power users like us refrain from using the iPad simply because we can’t even re-arrange the icons unless they are in a certain order. While this may be great for casual users who don’t want to go through the pain of setting up things from scratch, you’ll end up annoying a lot of users who want that control from their system.

You still cannot code on an iPad for any language other than Swift. Period. Even with Swift, the functionality is extremely limited. Unless and until you remote into your Macbook, there is no way to compile and run code locally on your iPad even though it has all the processing power to do so.

This isn’t just limited to Xcode. In fact, you can’t run code from any popular programming language on the iPad. This too is a major bottleneck for the device. Firstly, you are shutting down a huge chunk of developers who might be interested in the tablet if it could appease their coding needs.

Secondly, the restricted nature of iPadOS does not allow for much when it comes to their APIs. So, when developing an application for the iPad, a specific set of guidelines must be followed alongside the fact that there are tons of components of the iPad that a third-party application developer simply cannot access.

The iPad can’t match up to a Macbook. At least for now. This is because of a plethora of reasons that we’ve mentioned above that, including customization, the OS itself, and others. But, most importantly, Apple will never have two products compete with each other. It just doesn’t make sense. Otherwise, they will make one of their products obsolete, which, as you can imagine, isn’t very good for business.

Therefore, the iPad is meant for a very different use case that includes content consumption and creative productivity. In that space, it definitely reigns supreme. But, when it comes to providing a desktop experience, the iPad is not taking the throne off the Macbook anytime soon.