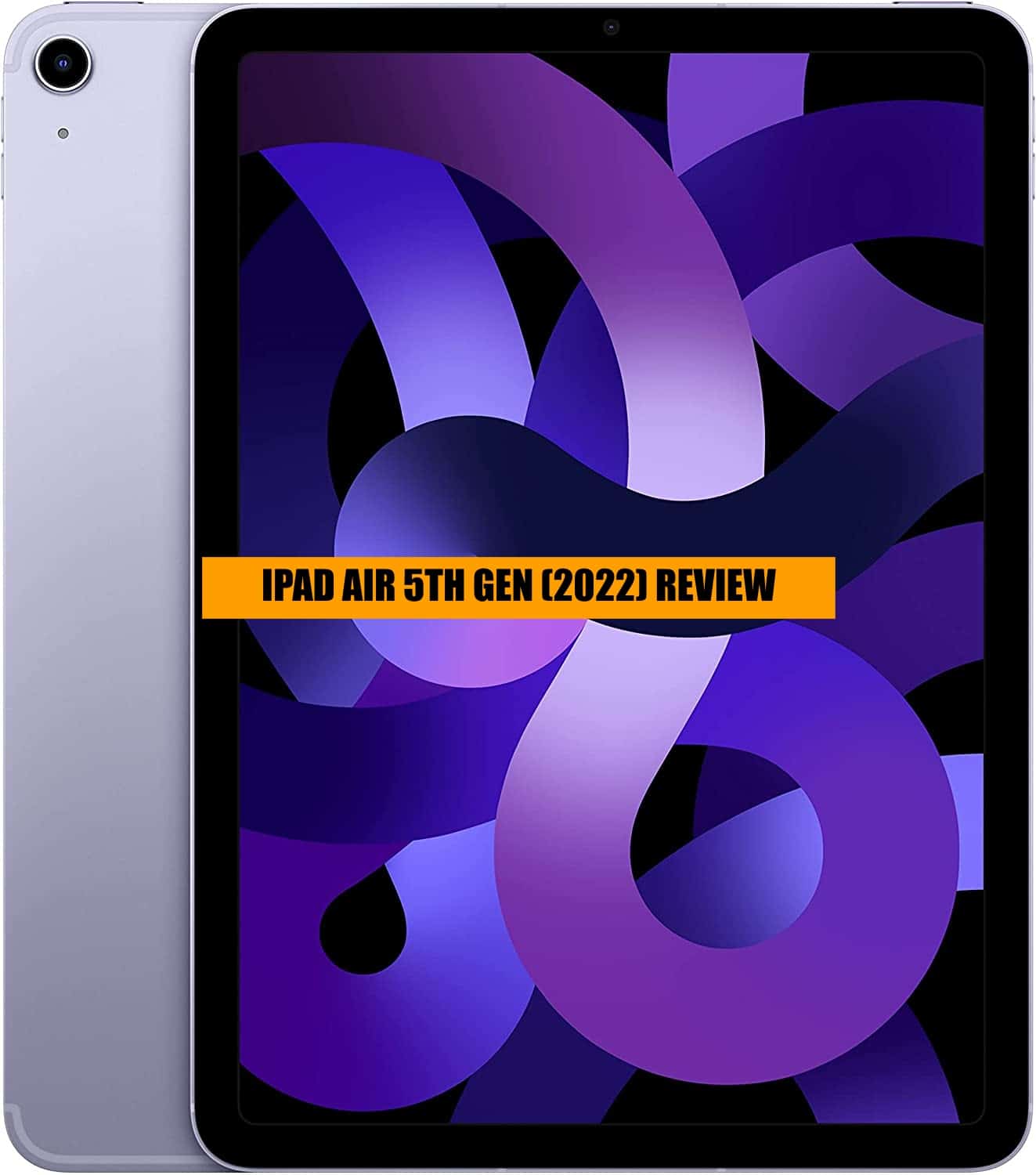 Apple, a name the trust, brand loyalty, and quality, has launched one of its IOS-based tablets, which belongs to the iPad Air series. Like many other manufacturers, Apple has also followed the practice of launching multiple device product lines. The iPad product line consists of four series :

This approach is used to cater to the ever-changing needs of their loyal customers. The specialty which makes Apple different from its other competitors is that it sets the standard, and others have to follow its footprints.

iPad Air – Where To Buy It? 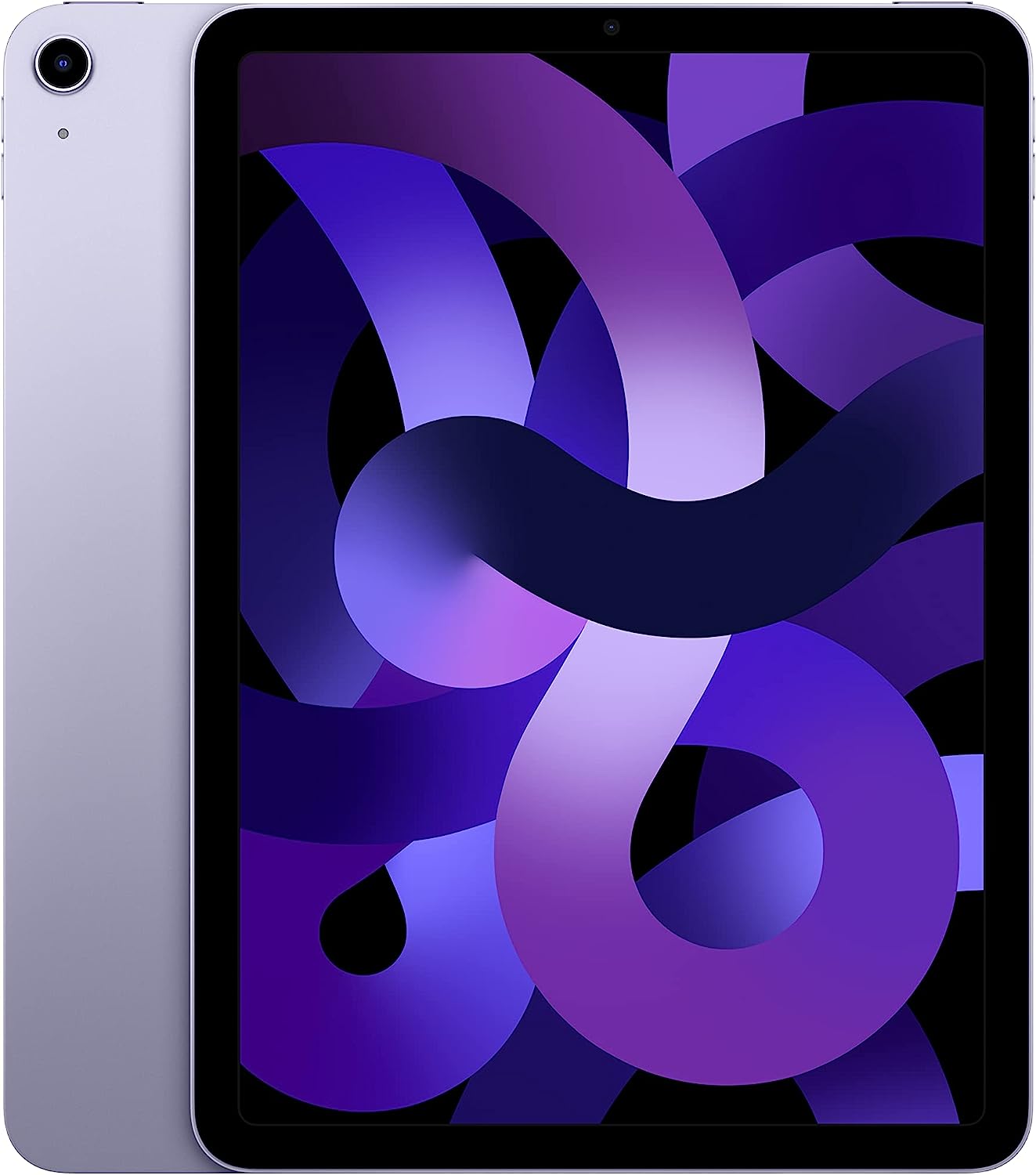 Apple has invigorated the overall architecture and design of the iPad Air in 2020 and thankfully continued it in all the upcoming versions. The new iPad Air is similar to its predecessor in look and feel. It’s thin, slim, and lightweight because of the material used in the manufacturing process. The aluminum body with the distinct color combination is a significant property that differs from the current version of its predecessor. The new iPad Air 2022 comes in various colors, such as Space Gray, Starlight, Purple, Pink, and Blue.

The new Apple iPad Air (2022) comes with a 10.9-inch Liquid retina display which enables us to get 2360 x 1640 resolution with proper tone technology and P3 wide color support. These features make its display sharper and crispier, which gives us natural and bright colors which show a soothing effect on our eyes even in case of longer screen time.

The 10.9-inch display is quite sufficient for all the needs of any user; neither is it too small like the iPad Mini, nor is it too large similar to the iPad Pro’s 12.9-inch display. The display supports 60Hz frequency, which is an acceptable refresh rate in comparison to other competitions. The brighter side of the iPad Air is that even after offering a 10.9-inch display size still, it is lightweight, slim, and sleek in design.

iPad Air (2022) comes with an M1 chip with a Neural Engine, which is the device’s primary performance & power source. This chip with a built-in capability of 16 core neural processing units enables the device to perform 15x faster operations by completing the 11 trillion operations per second, which is a huge number.

It is the second device that packs the latest chip, and it is the primary cause that makes the iPad Air (2022) distinct from its predecessor.

While it offers many features to support the performance, storage is an area of concern that disappoints the Apple iPad Air users. It only provides 64 GB of data storage in its regular offering against a $599. If we want to have bigger storage, we have to spend a little more, as 256 GB of storage comes with an additional cost of $150.

8.8
For Movies:9
For Notes-Taking:9
For Drawing:7
For Gaming:8
For Reading:10
For Photo-Editing:7
For Video-Calls:10
For Web-Surfing/Social-Media:10

What’s Inside the Box

The following items are inside the Apple iPad Air (2022) box:

The Apple iPad Air 2022 is similar to its predecessor in various ways such as size, display, touch id, battery, pencil, and last but not least smart connector. Overall, Apple has retained the look and feel of the 4th generation device in the 5th generation successor; the new device’s changes are purely internal. Following are some of the features we have noticed in the fresh iPad Air (2022) are:

As far as the similarities are concerned, Apple has retained the same look and feel of the 4th generation device in the 5th generation. Bot h the devices have similar 10.9″ screen size with 247.6 x 178.5 x 6.1 mm dimensions. The newer dimension is slightly heavier than its predecessor, but it is hard to find.

The 4th and 5th generation machines share the same liquid retina display, which provides sharp colors and a resolution of 2360 x 1640 with 264 PPI pixel density. As far as the brightness is concerned, the newest version has a brighter display of 571nits.

Another similarity that both the devices have is the Apple Pencil support. The 4th and 5th generation devices both support the Apple second-generation stylus. So we can say both devices are equally fit for writing, taking notes, sketching, and drawing purposes.

As far as the battery timing is concerned, the Apple iPad Air (20222) and (2020) both provide us with a similar battery capacity of 28Wh which can provide 10 hours of timing on a single charge while web surfing wifi or watching videos on YouTube. Both the models support touch id authentication and a smart connector, which helps us connect a magic keyboard and smart keyboard folio.

M1 chip is the significant difference between both models. The new iPad comes with an M1 chip that provides an upper hand in terms of processing power, as this chip enables the new slate to perform 15 times faster than its predecessor. With all the above-stated similarities, both the models are still a part in terms of performance.

Apple has also introduced the 5G connectivity in the new slate and upgraded the front camera to 12MP with ultra-wide-angle functionality, which gives more realistic and detailed images while video chatting. Last but not least, the new Apple iPad Air (2022) comes with 8GB RAM, while its predecessor provides only 4GB RAM. So, all in all, we can say that in a similar price range, Apple has done a great job by upgrading certain features of the iPad Air and making it more user-centric. 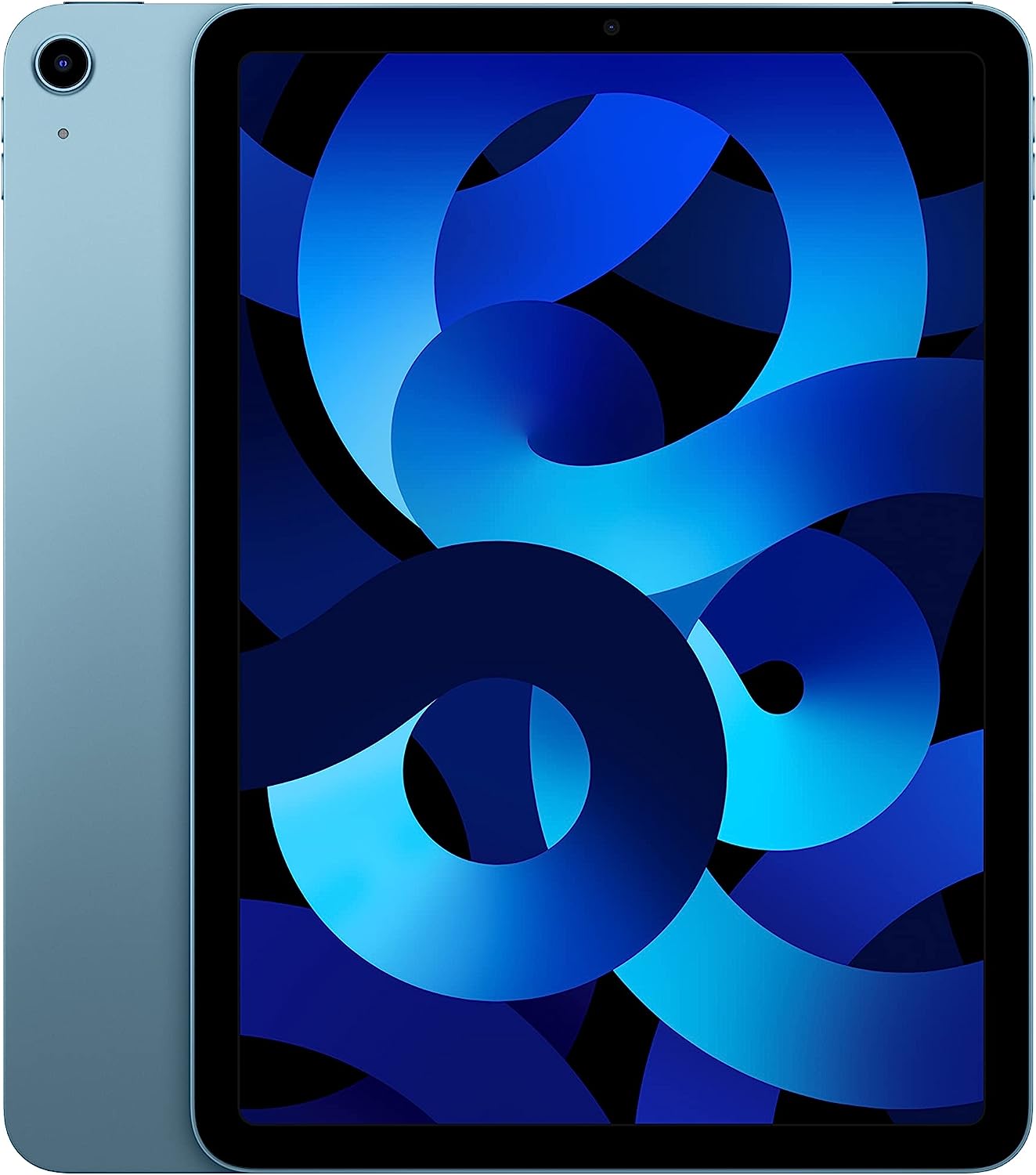 The fifth-generation iPad machine is the best fit for drawing, sketching, writing, and notes taking. The plus point is that we can have features of nearly iPad Pro at a much lesser price. The power pack machine offers some distinct features which are best for the following:

For just $599, we can have an Apple tablet that offers us nearly all the features an iPad Pro can have. It is one of the best tablets in this price range which could be an excellent fit for student and home users as they do not need to spend a lot on the machine. However, the best advice is that while purchasing a tablet, one should look around to get the best deals and specifications.

Although Apple devices speak for themselves, other manufacturers offer more or less similar specifications, so let’s explore some of them.

If you are looking for an alternative to Apple iPad Air 5th generation, Microsoft Surface go 3 could be a great choice. It provides some decent features at an affordable price of $399, making it a worthy competitor of the Apple iPad Air.

The surface GO 3 comes with a 10.5″ screen size, almost like Apple iPad Air’s 10.9″ display, and offers 5MP front and 8 MP rear cameras, justified by its price range. It comes with the latest Windows 11 home with Microsoft 365 and Xbox game pass one month trial.

Following are some distinct offerings we can expect from this machine.

If we want to find an alternative to Apple iPad Air (2022), it is impossible that we forget its closest competition Samsung Galaxy Tab S8. The Samsung Galaxy Tab S8 is one of the power pack offerings from Samsung. Its price starts from $699, and this device offers some decent features such as an 11″ display, a better processor, a 13MP camera, and many more.

To compete with Apple iPad, it has the following offerings:

Why is Apple iPad Air (2022) better than its predecessor?

The new Apple iPad Air (2022) is better than its predecessor, the 4th generation tablet, in several things such as processing power, camera, ram, and connectivity.

Yes, Apple iPad Air supports Nano Sim, and it has the support of all the mobile network technologies, notably 5G networks. Although it comes with a single sim option, it is enough to serve its purpose.

What are the authentication options available in Apple iPad Air (2022)?

The new Apple iPad Air (2022) provides a touch id for biometric authentication. The Touch ID is available on the top button.

Apple iPad Air (2022) provides a combination of portability and power. It is the best fit for creating content and is suitable for web surfing and video watching.

iPad Air not only provides the features near to premium series at affordable rates. It is an excellent tablet for home users and students.

But if you are not comfortable with Apple’s product or find it fragile, then the second available option is Samsung Galaxy Tab S8. It is suitable for all kinds of conditions, as it offers a good camera, long battery, better processing power, and stylus support. The choice is yours.