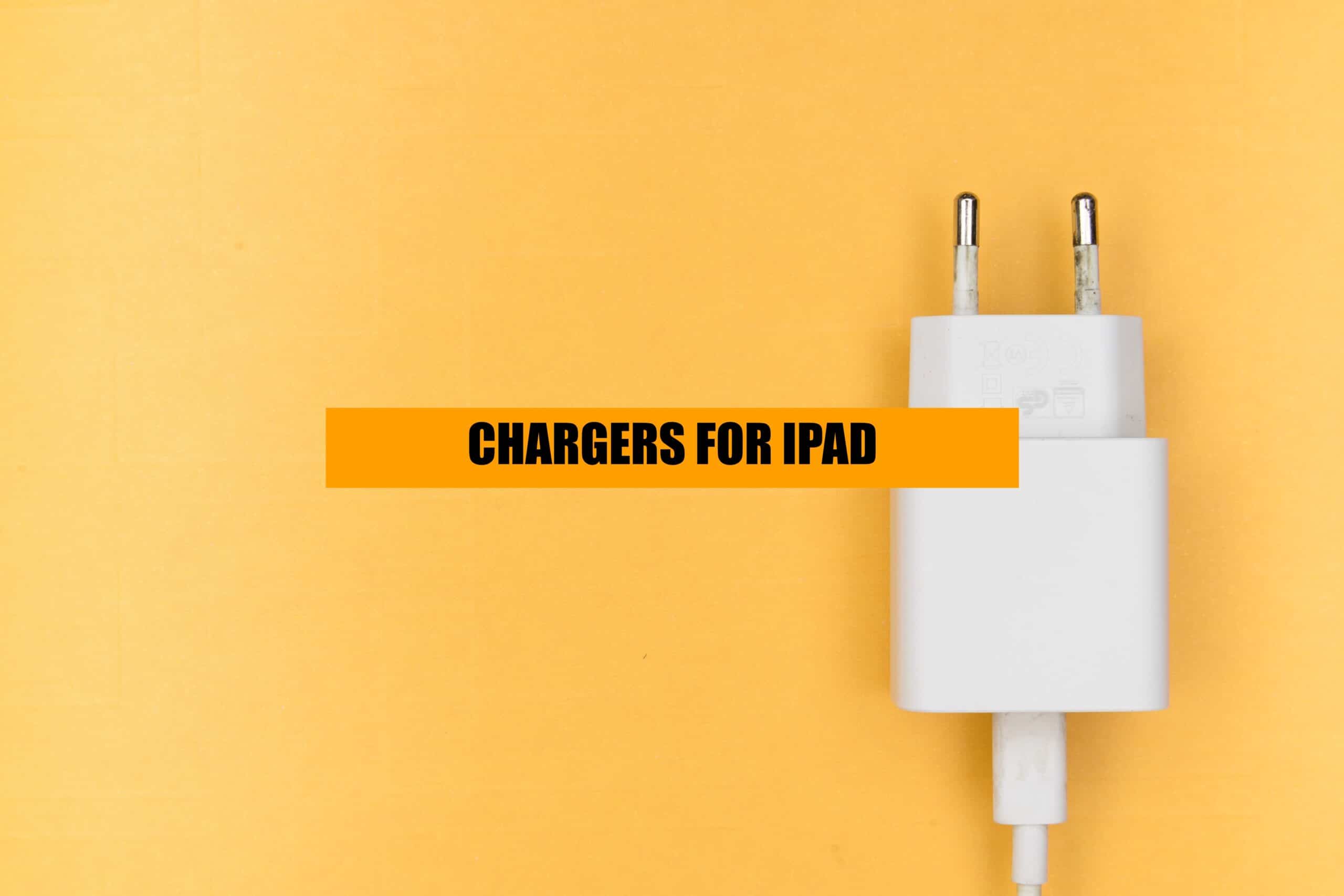 iPads have gone a long way from their initial release. From now having larger batteries to faster charging, iPad chargers have also gone through several improvements over the years. With iPhones slowly getting rid of chargers in their boxes, iPads may just follow suit soon.

What Makes A Good iPad Charger?

In hindsight, a charger may seem very simple. But, when it comes to iPads or any charger, for that matter, there are a few particular specifications that you need to take into account to ensure you get the best deal.

Before we delve into the nitty-gritty, here’s a quick look at the best iPad chargers for 2022:

If you only have Apple devices and would like a charger that fits your aesthetic, there’s nothing better than the official Apple offering. Equipped with fast charging, you’ll be able to charge your devices to up to 30 W. This works great for the iPhone Pro and the iPad Pro, both of which support fast charging at this rated capacity.

Besides that, there’s a detachable plug that will let you use various different adapters for a multitude of regions which are sold separately. All of these plugs are expandable and contractable, allowing for more portable storage. 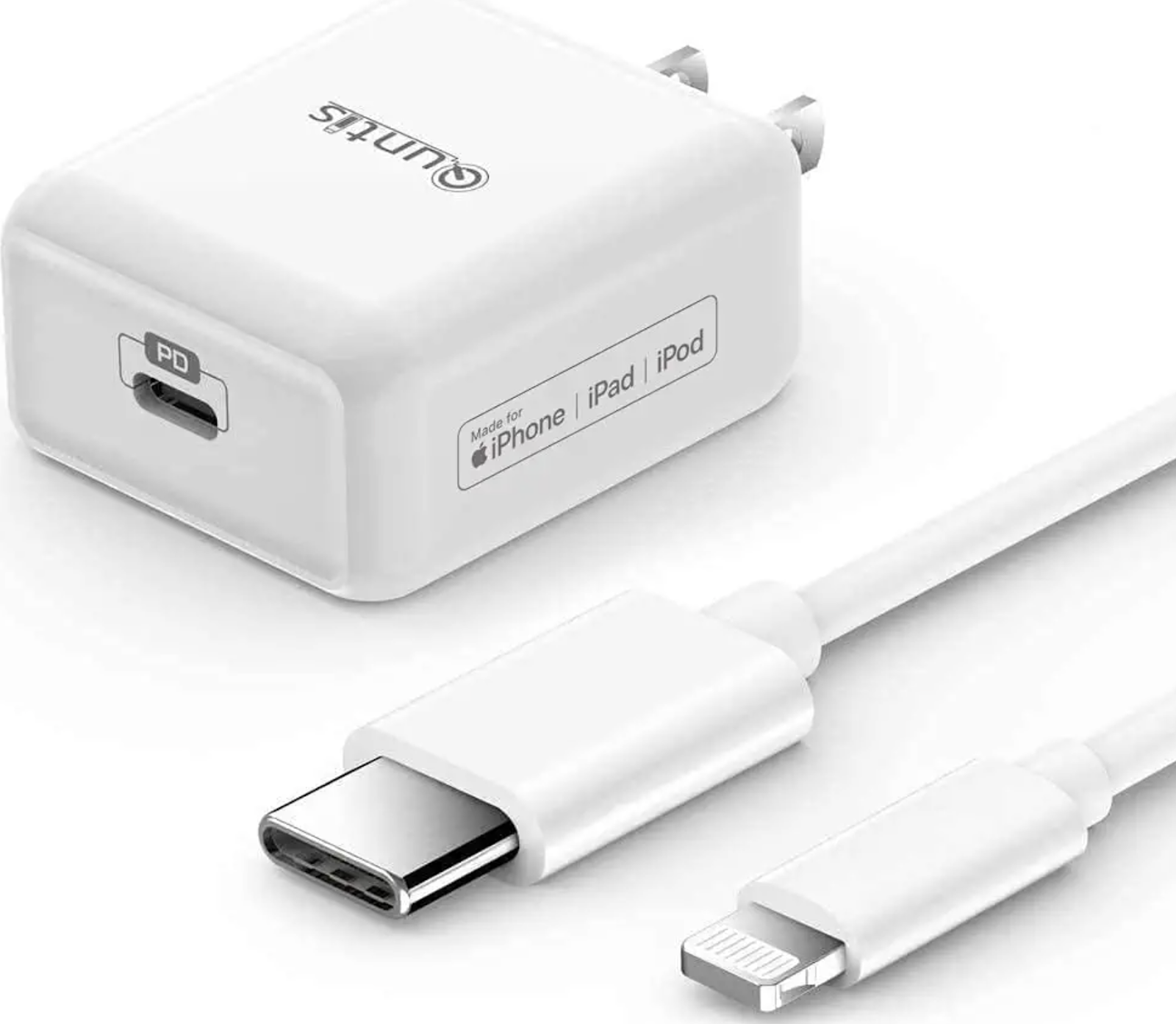 The Quntis is my favorite budget option for the iPad. Yes, it classifies itself as an iPhone charger, but it works with iPads just fine. It comes with a Lightning to USB-C cable included. So, while the iPad Pro only supports USB-C, all other iPads work with the Lightning Jack.

The fact that I got a high-quality 6 FT cable right out of the box pushed me towards recommending this charger. The charger itself is compact, has solid build quality, and didn’t heat up to an uncomfortable extent even after I charged multiple devices on it back-to-back.

Compared to the typical 5 W charger, you’ll be able to charge your devices up to 50% faster. This means that you’ll end up saving about 1-1.5 hours of charging time on average.

The Satechi Dock 5 is my personal favorite out of the bunch. The dock charges up to 5 devices at once with USB PD built-in to the two USB-C ports. It also has two USB-A ports with up to 12 W charging and a wireless charging pad which goes up to 10 W.

In essence, you can charge your AirPods, iPhone, Macbook, or iPad Air / Mini at the same time. It has great build quality, and I was surprised to see that it doesn’t even heat up as much, even when it was going in at full throttle.

The only caveat of the dock is the fact that the wireless pad seems hard to find at times. So, I’d often have to move my AirPods Pro around before they start charging.

If you are running the infamous iPad iPhone combo, it only makes sense for you to be able to charge both your devices with the same charger. With the Belkin, you’ll be greeted with 24W charging with 12 W for each port. So, you’ll be able to charge an iPad Pro and iPhone Pro and take advantage of fast charging.

Contrary to popular belief, there’s not a lot of difference between 24W and 30W charging. And, the heat that 30W produces can lead to quicker degradation of your battery health. So, in hindsight, the 24W fast charging acts as a great sweet spot as it doesn’t harm your battery as much while still being fast enough.

I’ve been using this charger personally for a year. And, I’ve not seen my battery health be harmed at all. In fact, my 13 Pro Max is still at 100% battery health after almost a year of use. A testament to the charger.

The Anker Nano II is great for two reasons. Firstly, it supports 65W charging. Yes, your iPad does not really support that quick of a charge; the iPad Pro is capped at 30W. But, you’ll be able to charge your Macbook Air M1 and even the newer Macbook Pro M2 at decent speeds with this charger.

Moreover, the charger is the only one in this list that uses Gallium Nitride instead of silicon for its internal implementation. This leads it to be extremely small and compact compared to any other charger on this list. In fact, it is so small that you’d be forgiven if you mistakenly thought of this as Apple’s typical 5W charger instead.

The basic Apple charger remains the de facto standard for a good charger for an iPad. However, if you are trying to spice things up, the Satechi Dock is our personal favorite. But, if you want an all-in-one portable charger that packs a punch, the Anker Nano II is a great snag.

It’s normal if you have an older iPad and the battery has started to drain faster, and you’re looking for solutions quite, frankly speaking, a faster charger might not fix the problem, but at least it’s a great bandage for the issue.