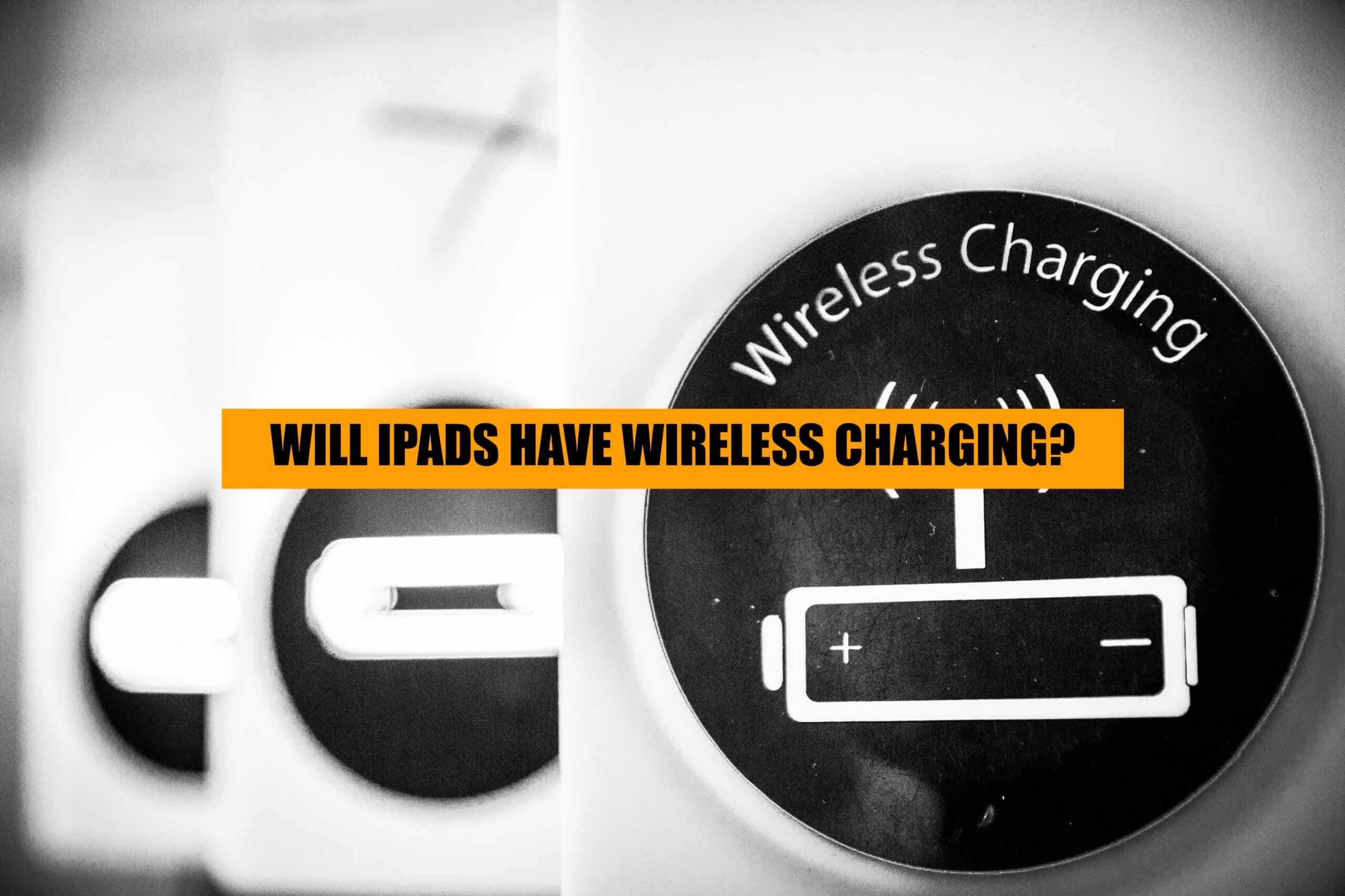 The iPad has gone through numerous iterations, with each bringing new features to the popular consumer tablet. This brings the question, why don’t iPads have wireless charging? And, will we ever get to see wireless charging on the iPad?

In this article, we’re going to go over exactly why the iPad currently does not support wireless charging, the benefits of wireless charging on an iPad, and if they’ll ever have the feature.

Why Does The iPad Not Have Wireless Charging?

Apple’s known to implement features slowly. However, there are a few particular reasons why tablets as large as the iPad, including the iPad itself, currently do not have wireless charging.

All iPads currently have an aluminum chassis. Wireless charging requires the principles of electromagnetic induction to work. Aluminum is an insulator and cannot be used for induction. Therefore, for wireless charging to work, the back of the iPad would need to be made of glass or some other conductive material.

iPads in their current stage do not have wireless coils present on their back to support wireless charging. Without them, no device can be wirelessly charged. Moreover, unlike a phone with a smaller chassis, it’s quite hard to position your iPad in the right position for wireless charging.

This problem was later on fixed with MagSafe. However, even with MagSafe, the fact that the coil of the iPad for wireless charging will be much larger compared to other devices to accommodate for the larger battery leads to a very unappealing setting.

If Apple created wireless charging that went with the Qi standard, they’d either have to implement a number of coils on different spots on the iPad or simply re-consider the entire wireless charging mechanism in the first place. This, currently, is not worth it for the iPad as there’s no real need for it.

Wireless charging is done through the aforementioned coils. These coils create an electromagnetic charge which subsequently charges your battery up. Now, most phones have batteries of about 3000-4000 mAh. On the other hand, the iPad Pro 12.9” has a battery capacity of 10578 mAh.

Now, when using wireless charging on these phones, there’s a very high amount of efficiency that is incurred specifically through heat loss. In essence, energy is dissipated as heat. Now, this creates problems with phones. Namely, wireless charging can never be fast as wired charging.

For tablets, it’s a completely different story. When charging such a large battery, losing such an extraordinary amount of energy on each charge is simply not worth it. Couple that with the fact that fast wireless charging still isn’t very fast, there’s no real advantage of using wireless charging for an iPad.

Apple has just recently implemented USB-C in their iPads and gotten rid of the headphone jack. In essence, Apple does make market-altering decisions when they want to do it. That’s the key takeaway here.

The brand generally does not really care about consumer demand. And surprisingly, wireless charging has not seen widespread implementation or isn’t really cared for even with phones that have it. Sure, it’s a great feature to have. But, you won’t stop buying a phone or an iPad simply because it doesn’t have wireless charging.

So, instead of focusing on features that don’t really make a difference in the grand scheme of things, Apple has seemingly spent more of its time going for features that have more of an impact.

If there’s a lack of demand, and the R&D spent by Apple on implementing wireless charging isn’t worth it, you can expect to see a large drive-up in the overall cost of the product. This is because since the company doesn’t exactly believe in the feature, they won’t risk decreasing their margins for it.

So, that’ll ultimately lead to a price hike up in the iPad, and that too, for no particular reason. Since let’s face it, wireless charging isn’t a feature you’d be happy to pay a premium for.

Will iPads Have Wireless Charging?

The iPad will probably be on the bottom end of the lineup when it comes to when this feature will be introduced. There are a few reasons why we feel like Apple will eventually bring wireless charging to the iPad:

Advantages Of iPad With Wireless Charging

When we do eventually get the iPad with wireless charging, here are a few features that’ll truly be game changers in how you use your iPad:

There’s no wireless charging on the iPad just yet. However, with the way Apple is planning to go cordless, it won’t be long before that turns into a reality. Until then, the reasons we’ve mentioned above shed light on why exactly the brand hasn’t opted for wireless charging just yet.

I, as an iPad user, can’t complain about iPad battery life. It holds for 8+ hours, and the iPad charges quickly. I wouldn’t be interested in paying extra for slower charging, honestly, I wouldn’t even be interested in paying extra for this feature if they were able to guarantee the same charging speed. Wires don’t bother me. If the price doesn’t get affected – win, win. There’s a new feature I might use in the future.